Situated in the the thick of Victoria's semi-arid Mallee country, Hattah-Kulkyne National Park features classic Outback scenery interrupted by a variety of shallow lakes and the winding course of the iconic Murray River.

Hattah-Kulkyne National Park is very compact, yet encloses some of the most beautiful riverfront scenery anywhere on the great Murray River. There are two boat launching ramps and several other points where it's easy to launch canoes.

Murray Cod, yellowbelly and English perch provide good sport and good eating for anglers, and yabbies and Murray crayfish can also be found. 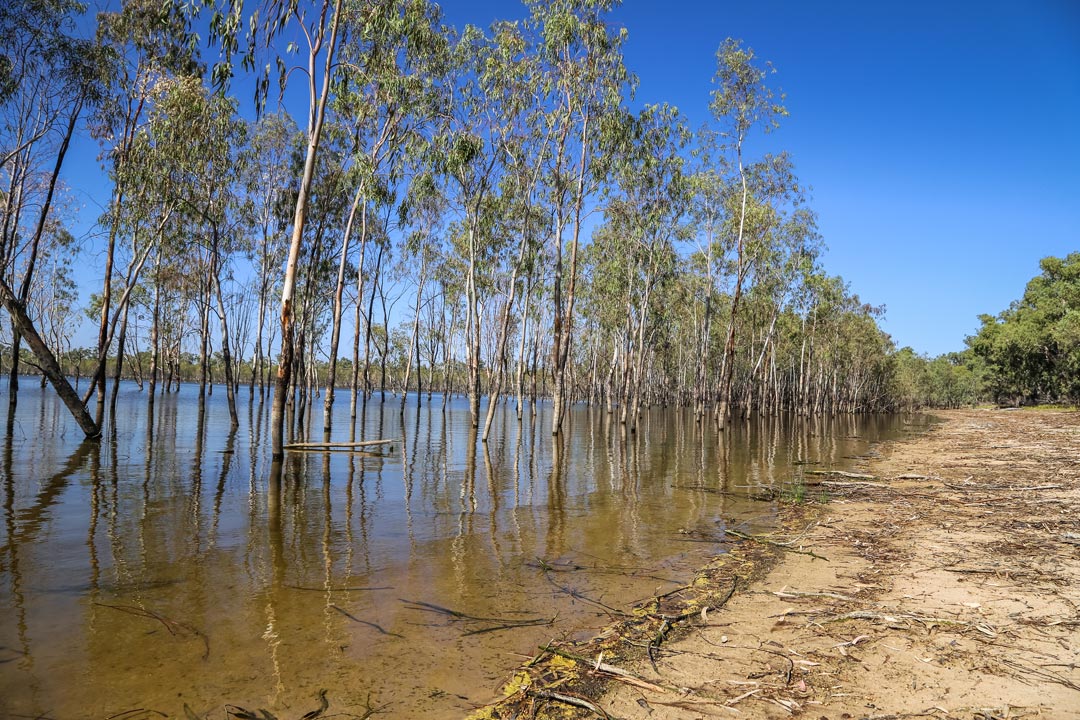 Walks around Lake Hattah and Lake Mournpall are the most popular, and vary in length from 30 minutes to four hours. Hattah-Kulkyne is the major land area, but there's a seamless border with the smaller, river-frontage Murray-Kulkyne National Park. The main difference is that dogs and generators are permitted in the Murray-Kulkyne section, but not in Hattah-Kulkyne.

Another peculiarity of Hattah-Kulkyne National Park is a 34km-long kangaroo fence enclosing the 'Mournpall Block'. This fence restricts the invasion of kangaroos during dry periods and protects many species and the lake environment.

The entry to Hattah-Kulkyne National Park is off the A79 that connects Mildura and Ouyen. The A79 forms the western boundary of the park and the Murray River forms the eastern boundary. 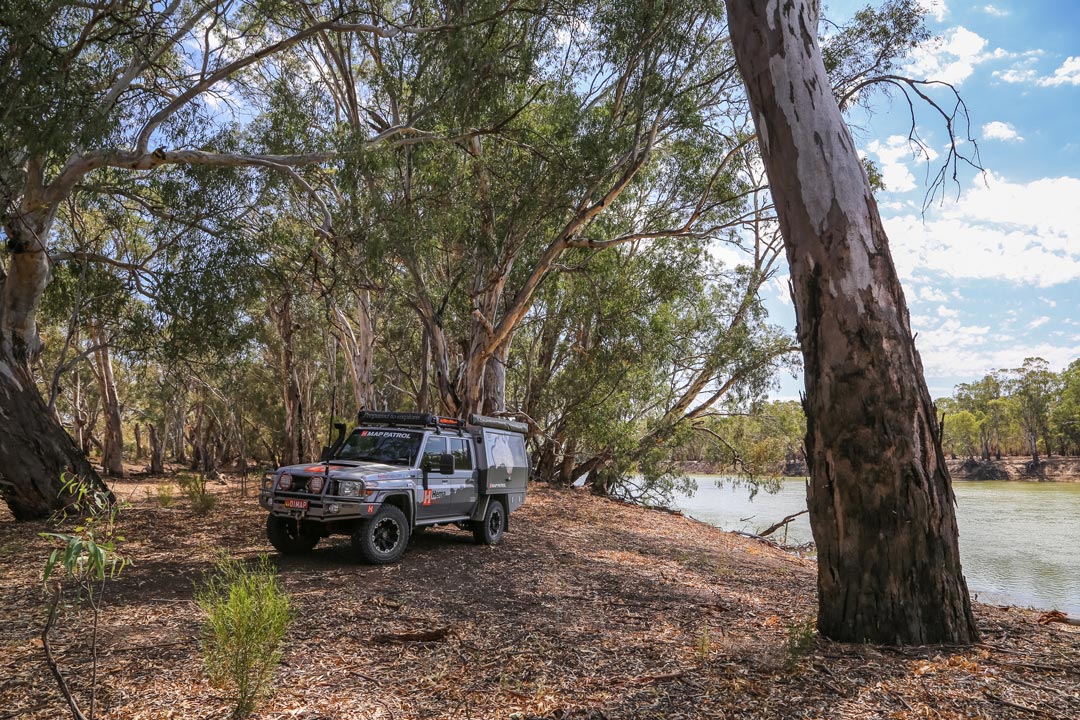 The Mournpall Track is a well-graded road meandering in a roughly north-south direction through the middle of the park and several 4WD tracks lead and west from it.

Our suggested route is a drive from the Lake Hattah Visitor Centre along the Kulkyne Loop Drive that includes the Mournpall Track, Raak Track and River Track, ending at the bitumen C252 route between Hattah and Wemen. From the C252 the drive returns directly to the Visitor Centre, or there's an alternative route via the Stockyard and Boolungal Tracks.

The more adventurous can check out the deadend tracks that lead to Tarpaulin Island and the sandy Chalka Track that connects the River Track to Lake Hattah.

There are two designated camping areas in Hattah-Kulkyne National Park: Lake Hattah and Lake Mournpall. Both these campgrounds have pit toilets, fire pits and picnic tables, while there is bush camping at Firemans Bend, Jinkers Bend and Ki Bend along the Murray River.

The dominant tree along the riverfront in Hattah-Kulkyne National Park is the red river gum. Other trees proliferate in parts of the park where regular flooding doesn't occur, but the giant river red gums (eucalyptus camaldulensis) depend on having their feet wet regularly. Oddly enough, this gum's name is derived from a garden near Naples, Italy - L'Hortus Camaldulensis di Napoli - where imported examples of this Australian native tree were growing. The chief horticulturalist of the Botanic Gardens in Naples gave it this exotic botanical name in 1832. In Australia, the river red gum has earned a much less flattering nickname - Widow Maker - because of the tree's nasty habit of shedding its heavy branches without warning and often in calm wind conditions.

The wood is a brilliant red colour, but the grain is 'cranky', limiting its strength and workability. However, it makes excellent firewood and was the staple energy supply for trading paddles steamers that plied the Murray-Darling Basin in the late 19th and early 20th centuries.

There are plenty of surprises to be found on this South-East Gippsland adventure It’s one of those iconic destinations that overlanders...
Read More

Grampians National Park is a green wilderness of abrupt sandstone ranges west of Victoria, which travellers can dive into by...
Read More

Words and images by David Priddis from Australia Overland, who has travelled around Australia to experience the country's greatest off-road...
Read More

Tucked near the border of New South Wales and Victoria lies a triangular region of high-country mountains, long stretches of...
Read More