Moreton Island offers something unique among the sandy 4WD and camping destinations close to Brisbane, making it one of the best off-road destinations in South East Queensland.

Moreton Island is the third largest sand island in the world behind Fraser Island and North Stradbroke, though don't let its comparative diminutiveness fool you - outside of the tourist centre that is Tangalooma Resort, Moreton is a peaceful and surprisingly remote island paradise with 420km of sandy tracks to explore. Travel on Moreton is dictated by the tides, which can come in deceptively quickly and must be respected. Discounting Tangalooma it is devoid of bitumen, meaning soft sand abounds and some good sand driving technique is necessary. The island’s tracks loop in a figure eight, with the Middle Road dividing the north and south and allowing crossover between the Ocean Beach side and the Western Beach side.

Amongst the scattered banksia and scribbly gum along the Middle Road is a track to Mount Tempest, which can be accessed via a steep two-kilometre return walk. The tallest stabilised sand hill in the world, Mount Tempest stands at 285 metres high and offers panoramic views of the entire island and beyond. 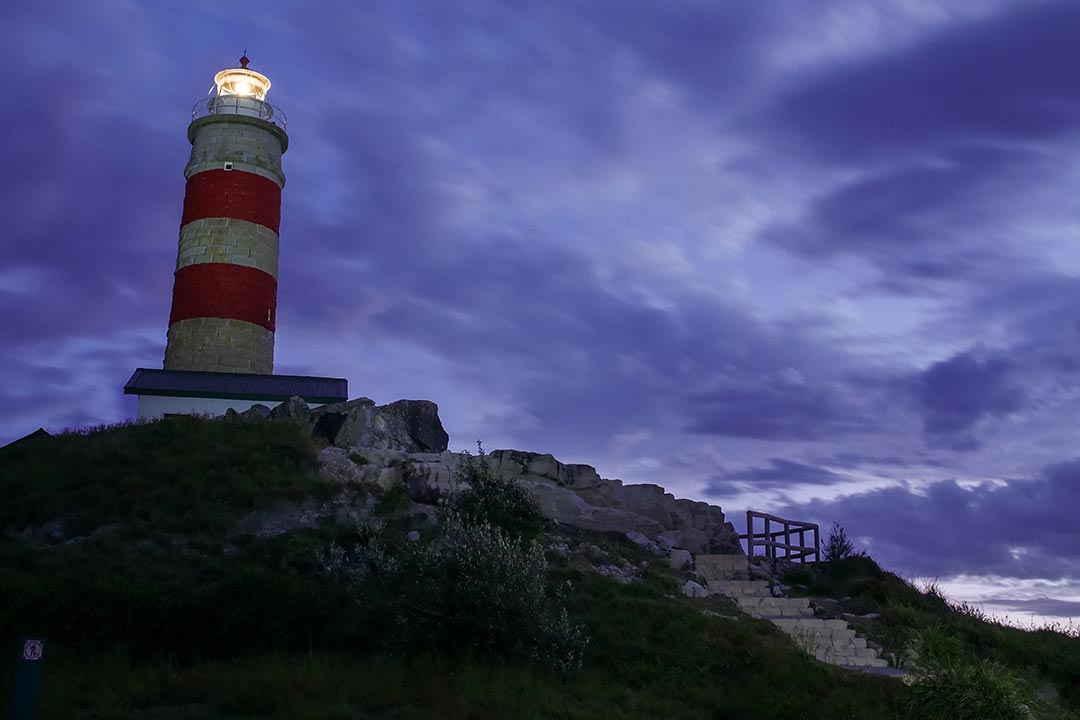 On the northeastern side of the island are Cape Moreton and the Cape Moreton Lighthouse, which is the oldest lighthouse in Queensland. Built in 1857 by thirty-five good-conduct prisoners, the tower of quarried sandstone stands over the point that James Cook himself sighted and named in 1770. Close by is North Point, which is one of five camping spots on the island and the northernmost location on the island.

Each of the campsites on Moreton Island is within walking distance to the beach, located in grassy and shady areas protected from the wind. Blue Lagoon is the only campground on the eastern beach side, and is a perfect family location because of its proximity to the clear and shallow waters of Blue Lagoon. In fact, the evenly spread campsites each have an attraction close by: North Point and Honeymoon Bay, Comboyuro Point and the Bulwer Wrecks, and of course The Wrecks campground. It’s easy to get to the ground level of Moreton’s history with the walks on the island, ranging from simple scenic strolls to challenging treks. Discover the relics of a World War II fort scattered amongst the dunes along the old Rous Battery service road, which is now a dedicated walking track. Or see the relics of the old telegraph line on the Telegraph Road, which cuts through heathland in the heart of Moreton to take visitors from Middle Road to an intersecting track in the north of the island.

Discovering Moreton Island properly is a three to four-day adventure, with plenty of other attractions like the Desert, Yellow Patch and Champagne Pools to keep any explorer enthralled on Brisbane’s island playground.

Yarrabah - Art by the Coral Sea

The world-class art centre at this ocean-side village is only an hour’s drive from Cairns, along the picture-perfect Trinity Inlet...
Read More