Home / Trip Essentials / Staying at campsites without facilities are often the most remote, beautiful and memorable camping experiences you can have, but they require specific gear to keep you self-sufficient.

What You Need to Camp Without Facilities

Staying at campsites without facilities - or bush camping as it’s known in Australia - are often the most remote, beautiful and memorable camping experiences you can have, but they require specific gear to keep you self-sufficient.

Keeping in mind many bush camps are in faraway and hard-to-reach places, we’ll assume you’re planning to stay for multiple days. This list includes items that will amply prepare you to camp in testing conditions like the Australian Outback for extended periods of time (a week or more); variants of these suggestions apply for four-wheel drivers, hikers or just pure campers.

Water has to be your first thought and highest priority when travelling through and staying in areas where you are required to be self-sufficient. Water is necessary for cleaning gear and yourself, not to mention for hydration and oftentimes cooking. Depending on your personal preferences and thriftiness (and proximity to a natural water source for bathing or even purifying to drink and cook), you will need between 5-10 litres of water per person, per day while bush camping. 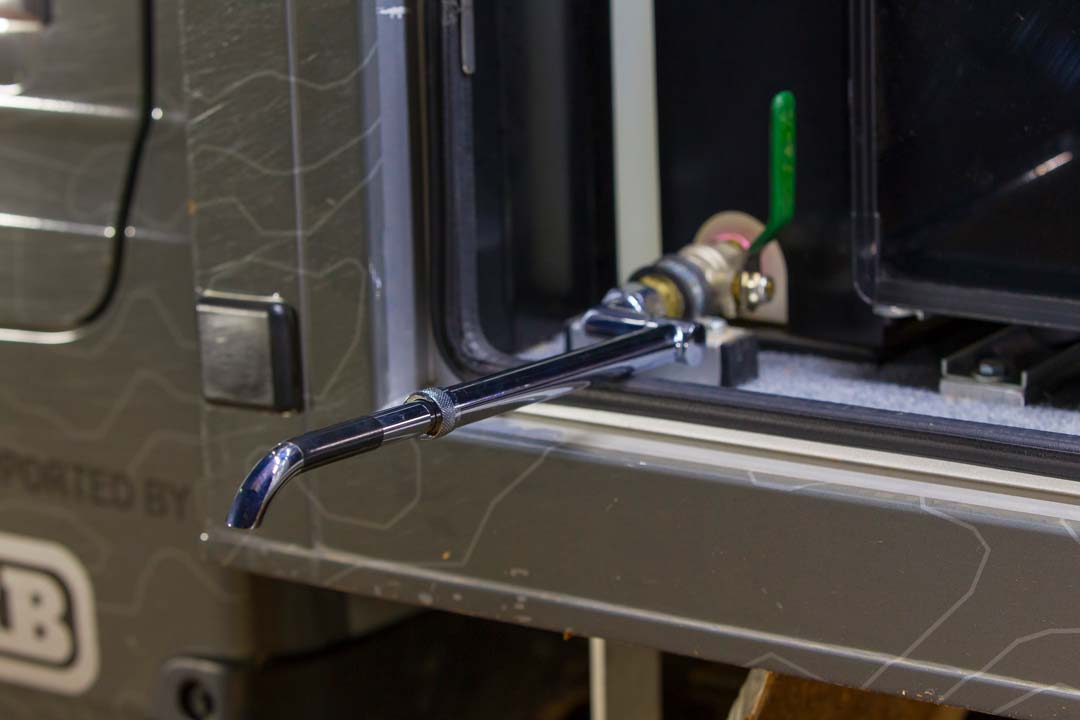 Some travellers can do without power, and some trips make powering gear impossible, but most travellers will find having some sort of power is a necessity when camping for extended periods. For a four-wheel driver, this is where an auxiliary battery system comes into play, which is often coupled with an inverter for powering 240v items. The technological advancement in functionality and efficiency of solar panels makes camping with solar power an attractive proposition too, with the promise of renewable energy offering travellers greater independence off-road. 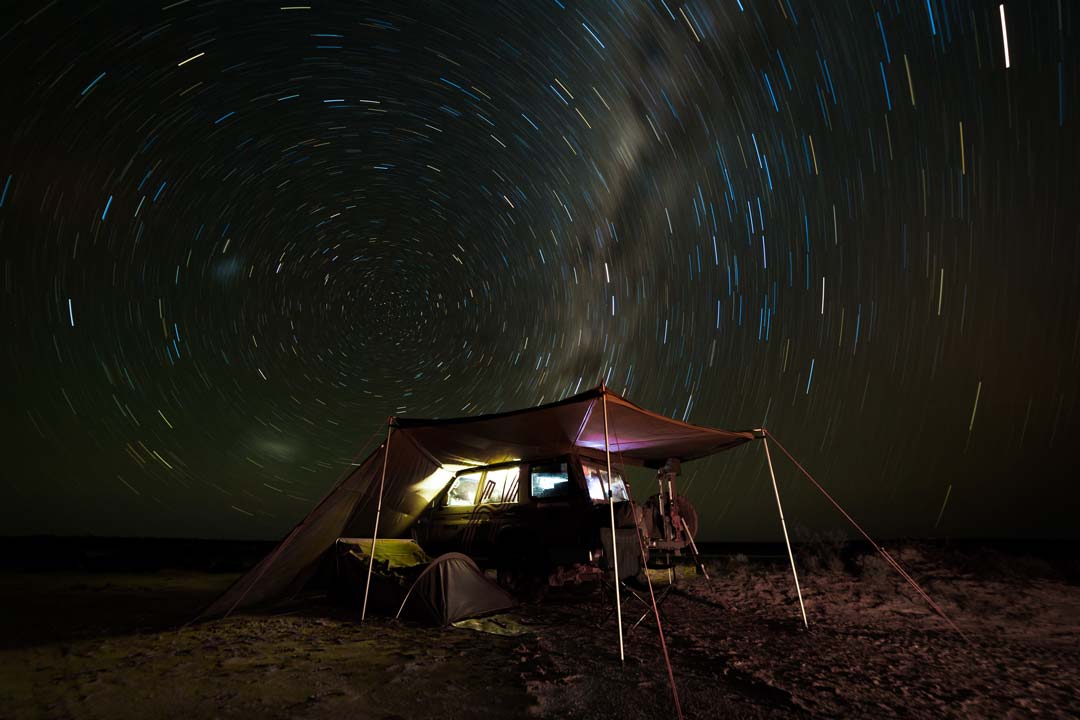 One of the most obvious things missing from a bush camp is a toilet, which for some makes bush camping undesirable or untenable. However, with some toilet paper and a shovel at the ready, you’re fully prepared for when nature calls while you’re truly in nature.

When you’re enjoying the solitude of a bush camp, a fire (when legal) is one of the best tools you can have for cooking and warmth, as well as for ongoing entertainment. In many areas, gathering firewood is not allowed, which makes bringing enough of your own a necessity. 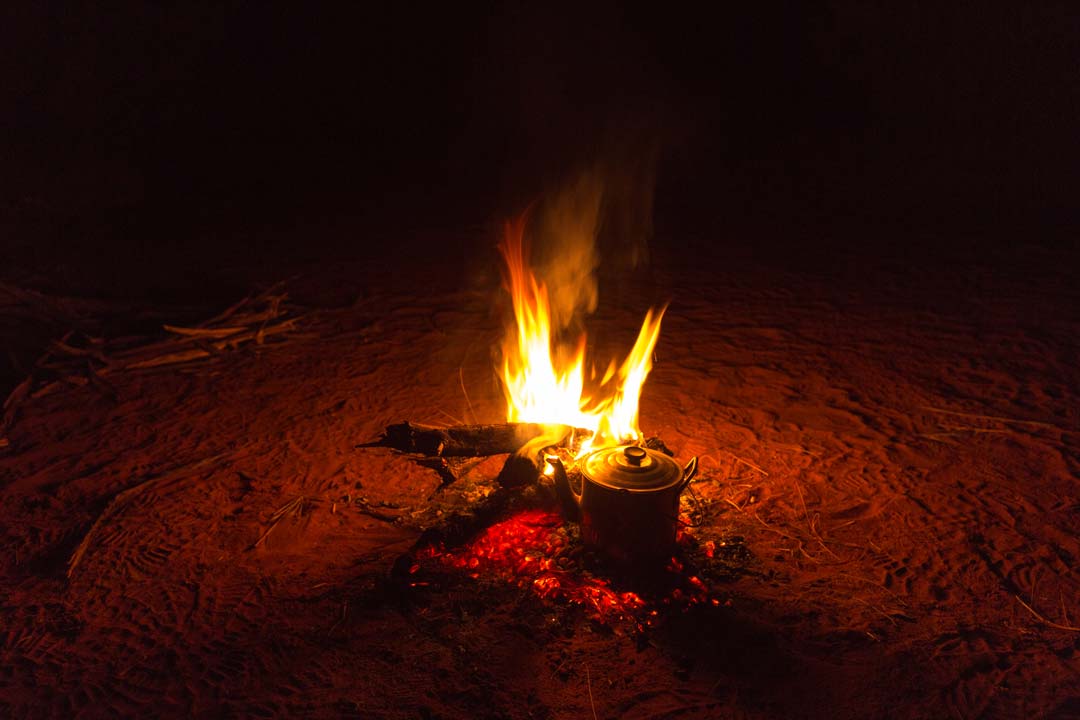 Hardy explorers will tell you that long-term bush camping isn’t difficult without refrigerated goods, but for those partial to good food and drink in beautiful surrounds, a fridge (and often fridge-freezer) is a must. Ice in cold boxes will only last so long, which makes powered refrigeration a necessary expense if you want to enjoy secluded areas for more than a few days. Your refrigeration needs also reinforce the utility of auxiliary power, which often demands the largest portion of your power. 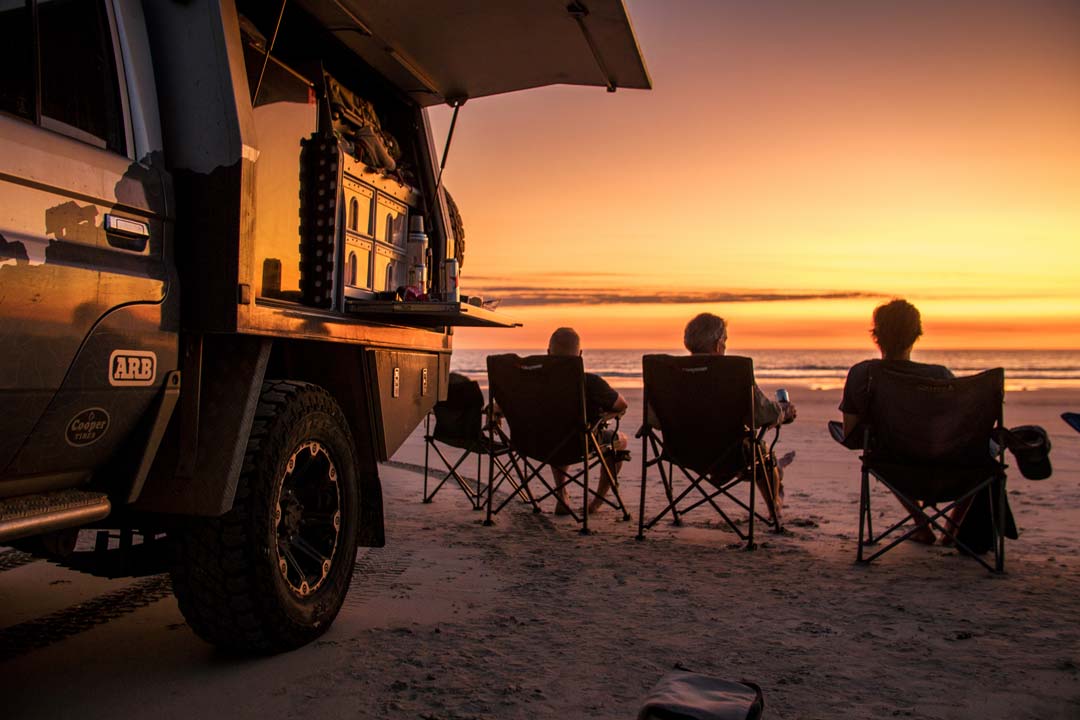 Having access to reliable communication tools when you’re off the grid for days on end is essential. Whether it’s a fully-charged phone in a location within cellular range, or a satellite phone where reception is patchy or non-existent, the ability to contact people back home – and vice-versa - or emergency services is a definitive requirement for travellers camping in areas without any facilities (which are generally devoid of other people as well).