Home / Trip Essentials / Lights that perform well for the longest time are great bits of gear to have. We compare Halogen, HID and LED to discover the best 4WD driving lights.

Lights that perform well for the longest time are great bits of gear to have, especially considering that your lighting needs will most likely extend from the moment you get in your 4WD until you hop into your swag at the end of the night.

Good driving lights help improve safety on the road at night by alleviating problems like driver fatigue and latent reaction times, while also making night driving an easier experience all-round. There are three types of lights on the market, each with differing performance, price and longevity. Halogens have been the mainstay of most vehicles' lighting arsenal for the longest time, the technology being based around generating heat inside a filament to create light. The abundance of halogens worldwide and their ease of production make them inexpensive, though this often comes as a trade-off for efficiency and durability. Halogens only produce light from around 5% of the electrical input to the bulb with the other 95% lost through heat, which is a symptom of incandescent technology.

In addition to this, halogens are susceptible to degradation from intense vibrations (which can lead to breakages in some cases), which mean that corrugations and rough terrain from heading off-road can lower the life expectancy of your bulbs.

One of HID lighting's greatest benefits is its efficiency, which is due to its high output and low current draw. This means HID lights consume minimal power compared to halogens while also having a longer lifespan and a higher light output. HID lights are approximately 20% more efficient when it comes to producing light and can last well over 2000 hours, whilst lighting up much greater distances than halogens.

HID spot lights are considerably more expensive than their halogen counterparts, though this can be rationalised by their superior performance and lifespan. HID lights are well-known for being the best when it comes to getting distance, so it's no surprise that getting some HID spot lights are a common upgrade when it comes to driving lights. The only real downside of HID's intense beam path is the possible reflective glare from objects in your path which can cause problems when on the road. This can lead to accidents in rare cases if you're unlucky, which may not be a deciding factor when considering what to buy; but it’s something to be aware of all the same.

ARB's range of Intensity LED 4WD Driving Lights have transformed the way LED lights are used in an off-road setting. 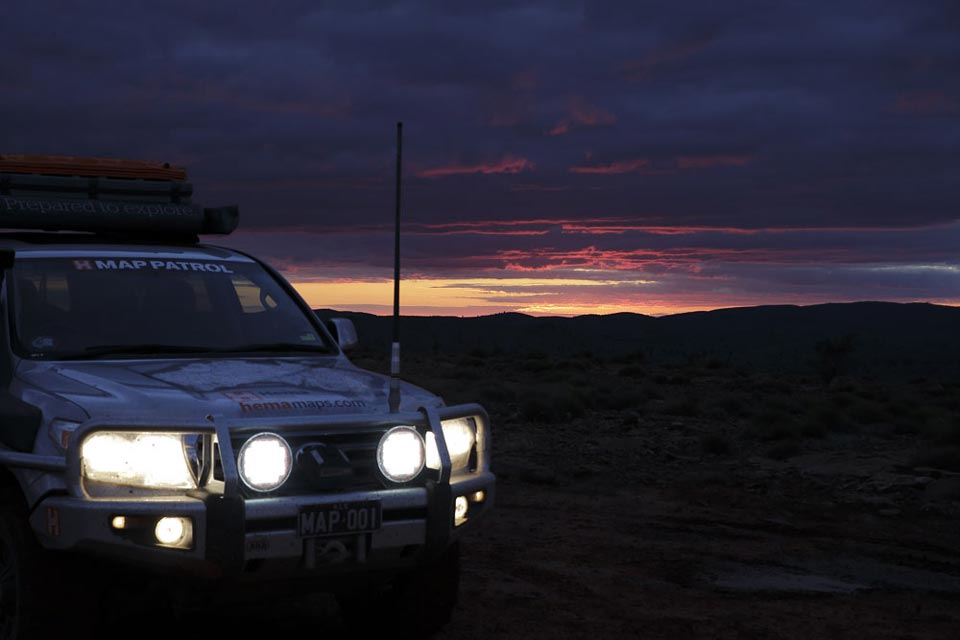 LED is the newest player in the lighting game, coming in the form of light bars and now more recently as mounted lights, the best example of which are ARB’s excellent Intensity range. The distinctive advantage of LEDs is their lifespan, with many reported to last for over 50,000 hours. LEDs are also more efficient than either halogens or HID lights, meaning that they are overall the most cost effective purchase over time. However, as with most things it pays to get quality, with both LED light bars and spot lights costing more than the equivalent halogen or HID lights.

Upgrading your driving lights from standard halogens is a worthwhile investment, and with the qualities that HIDs and LEDs offer, many serious four-wheel drivers invest in both forms to gain the unique benefits of each.

7 Ways to Make Sure Your Drinking Water Is Safe

Without water, you’ll be dead in three days, and while finding water in the outback can be difficult making sure...
Read More