Home / Trip Essentials / Australia is full of unique outback landforms and rock formations that drop the jaws and bend the minds of travellers who encounter them. Read more.

Australia is full of unique outback landforms and rock formations that drop the jaws and bend the minds of travellers who encounter them.

The Devils Marbles are a series of huge granite boulders in the Northern Territory, some of which appear to be precariously balanced or purposefully placed. However, years of erosion are what’s really responsible for the marbles’ rounded shape and fortuitous positioning, making for a striking sight for those that venture into the Devils Marbles Conservation Reserve, 100km south of Tennant Creek. 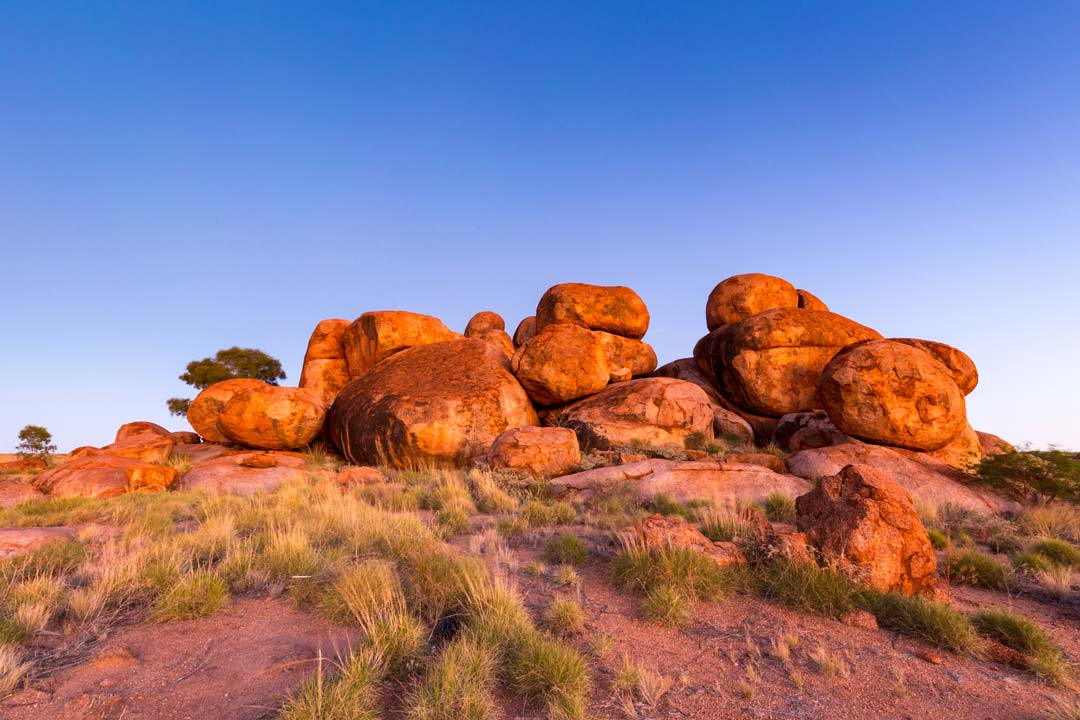 One of the last things you expect to see in the middle of the Kimberley is a member of the royal family, but the Napier Range delivers just that. Queen Victoria’s Head bears more than a passing resemblance to its namesake, which travellers can spy while journeying along the Kimberley’s epic Gibb River Road. One of the world’s most alien landscapes, the Bungle Bungles were only exposed to the mainstream media in 1983, and have since become one of Australia’s most iconic outback landforms. The red-and-black banded sandstone’s languid curves were created by wind from the Tanami Desert and millions of years of rainfall, resulting in the domes’ otherworldly appearance that entrances all-comers. 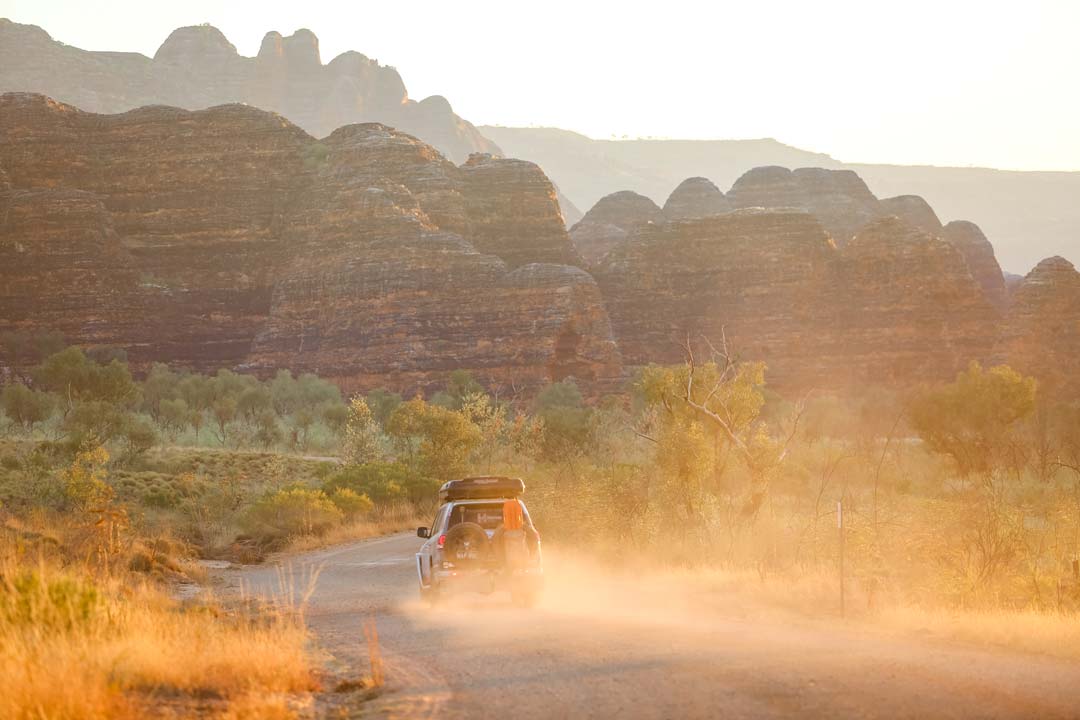 Resembling a breaker about to crash into the ocean, the 14m-high Wave Rock is a distinctive section of a single granite inselberg near Hyden, Western Australia. It’s theorised that Wave Rock was created by concentrated erosion that often occurs at the base of inselbergs, explaining the 110m-long rock’s perplexing geomorphology. The rock is a popular attraction for four-wheel drivers attempting the Holland Track. 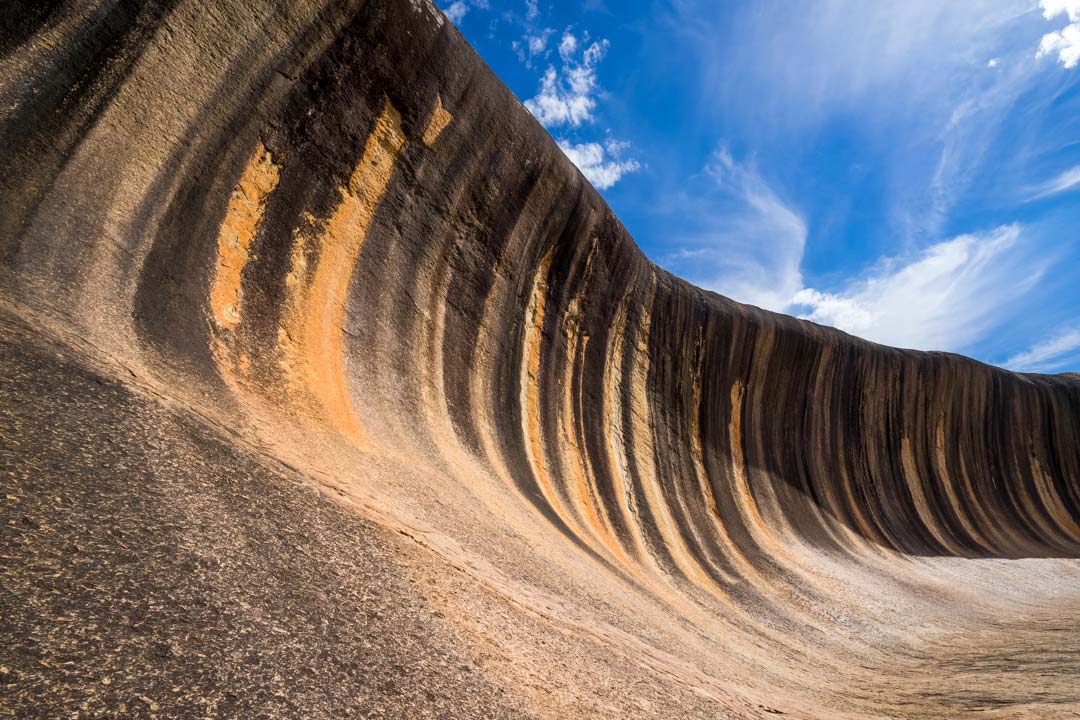 Rising 50m above the northern Simpson Desert’s arid landscape is Chambers Pillar, a 350-million-year-old sandstone column that’s stood the test of time while all around it fell away. Situated 160km south of Alice Springs and accessible by 4WD, the pillar catches fire at sunset each day like a fast-burning beacon standing sentry in the outback. 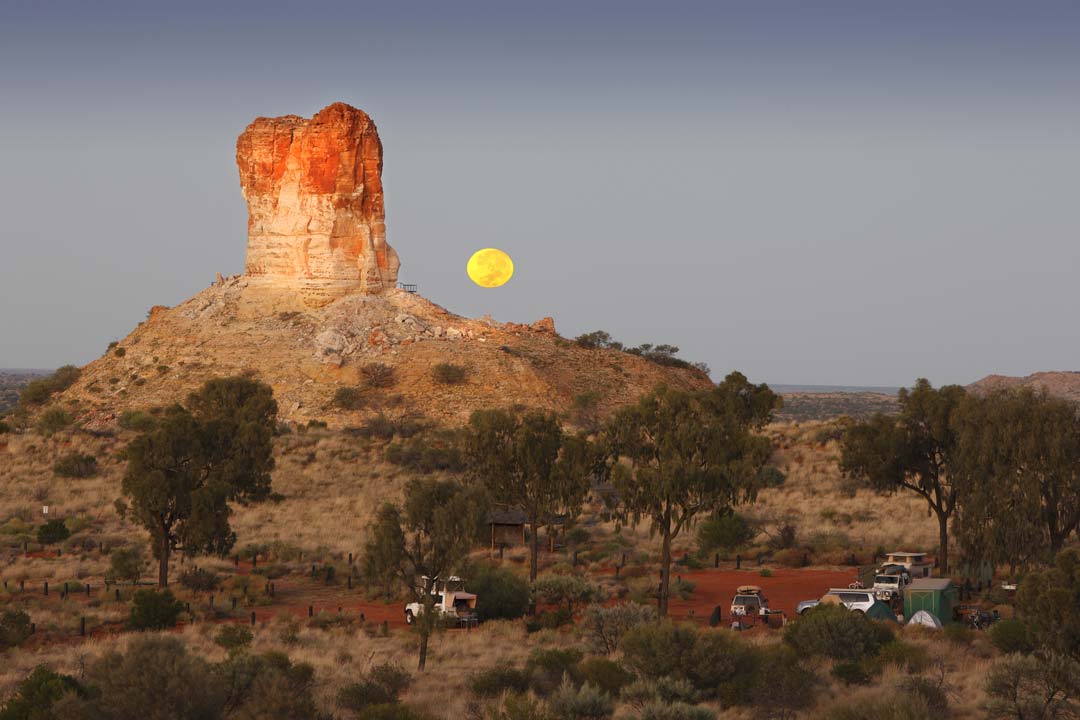 Gawler Ranges is a rich reserve of adventurous 4WD tracks and classic Outback South Australia landscapes, however its most intriguing attraction are the Organ Pipes. Pushed from the earth over 1500 million years ago, these eery columns of volcanic rock are a visual reminder of the region’s ancient history. A jagged range reaching 180m above the surrounding central Australian landscape, what’s bizarre about Gosses Bluff is that it’s perfectly circular. The Bluff’s shape and topography is the result of a meteorite impact over 145 million years ago, which crashed nearby to the West MacDonnell Ranges west of Alice Springs, creating in an instant what is now one of the outback’s most imposing landforms.

Thrusting upwards from the earth in Limmen National Park are a dense series of sandstone pinnacles, which resemble a city of fossilised apartment buildings. There are two lost cities in Limmen, the Southern Lost City and the harder-to-reach Western Lost City, both of which are a fascinating visual spectacle for adventure travellers. A 500km-long escarpment that overlooks the majesty of Kakadu’s lush lowlands, the Arnhem Plateau is a fascinating travel destination for a variety of reasons. Today the plateau is known for its waterfall-making abilities, magical views from the top and diverse ecosystems, however 140 million years ago the it had a shallow sea lapping against its imposing heights. The jewel of Nambung National Park on Western Australia’s coast, the Pinnacles are a series of jagged limestone spires protruding from the yellow sand of the Pinnacles Desert. Answers over the exact origins of the formations have largely been theorised and narrowed since their mainstream discovery in 1967, which only adds to the mystique of the Pinnacles.