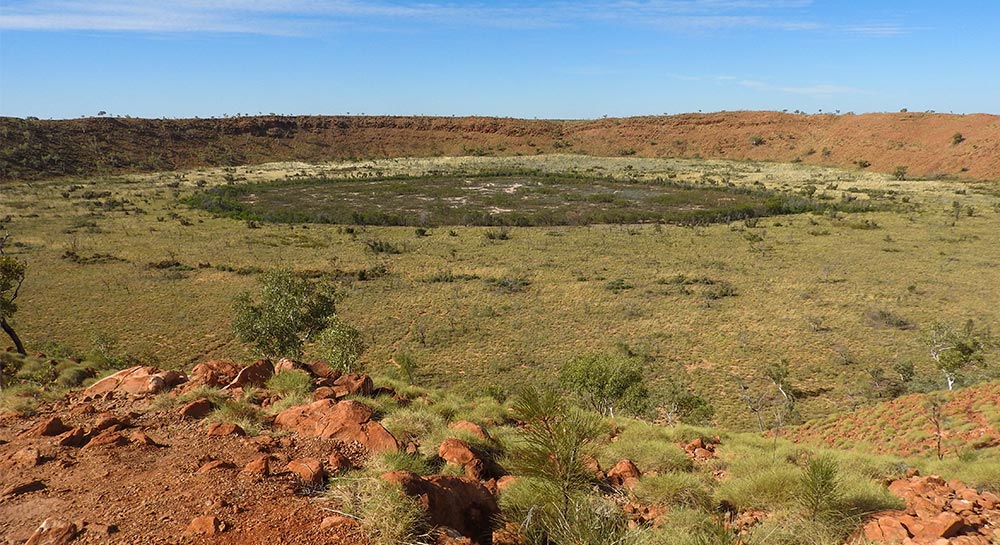 The Wolfe Creek Crater provides its visitors a truly out-of-this-world experience by offering them a chance to view a meteorite impact crater in the middle of Australia’s outback.

The crater spans close to 900 metres in diameter and more than 60 metres in depth. Believed to be just less than 300,000 years old, the crater is of cultural significance to the Djaru people. The destination, which is based in the centre of Wolfe Creek Meteorite Crater National Park, was only spotted by scientists in the 1940’s, after they conducted an aerial survey of the area.

The Aboriginal people called the meteorite crater Kandimalal and the same legend that speaks of this place also tells the tale of the two rainbow snakes that created the Wolfe and Sturt Creeks. It is believed that one of the snakes emerged from the crater left behind by the meteorite. 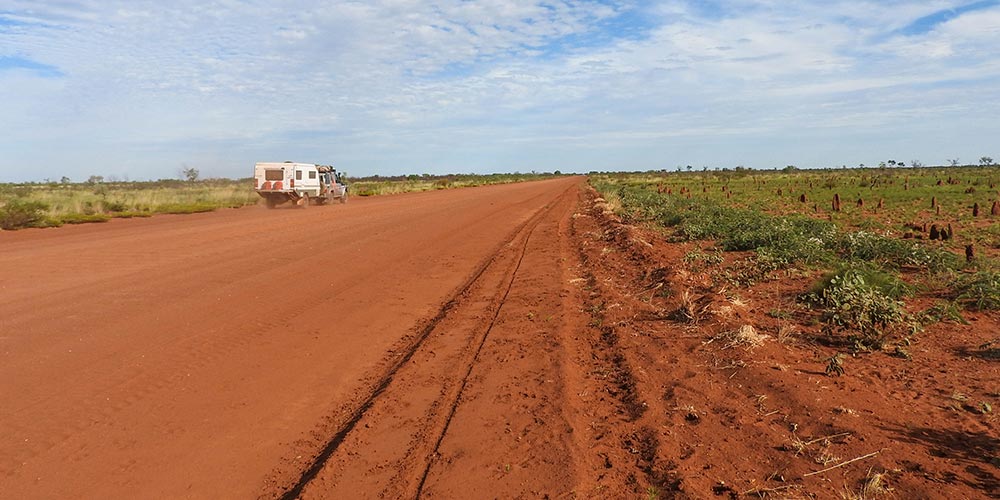 Those visiting the Wolfe Creek Crater will need to follow the Tanami Road, located about 150 km’s from Halls Creek. The national park in which the crater is situated is about 1,854 km’s from Perth and hugs the edges of the Great Sandy Desert, making it a prime spot for 4WDers especially since, due to its location, the entire area consists of grassland and desert plains.

Those visiting the park will get to enjoy a wealth of activities, including camping, which is free and offers toilet facilities, as well as aerial flights of the crater. The camp does not have drinking water, so it is up to visitors to ensure that they are fully stocked for the journey.

Those who want to get up close and personal with the Wolfe Creek Crater will need to make the 200m climb to the crater’s rim (400m return). Parts of this climb can be somewhat steep, so it’s best that travellers have a good idea about what the journey entails before undertaking it. Once there, visitors can view the crater from its rim, but climbing into the void isn’t permitted.

One of the most appealing facets of the climb to the crater’s wall is the wildlife that can be seen along the way, including some very unique insects and Major Mitchell cockatoos. Preparing for the Journey

It is usually best to pay the area a visit during the months of May to October, a period during which the weather cools down, and visitors should come prepared with water. During the drier periods of the year, ordinary vehicles can be used to access the park road, but during the wetter seasons, it is only accessible by 4WD. The trip can take upwards of three hours to complete in a 4WD.

A visit to Wolfe Creek Crater is both the chance for visitors to experience some of the most beautiful landscapes offered by this planet, as well as to catch a glimpse of the mark left by something truly not of this world. This, along with the thrilling opportunity to traverse a desert landscape in a 4WD makes it a truly appealing off-road experience.