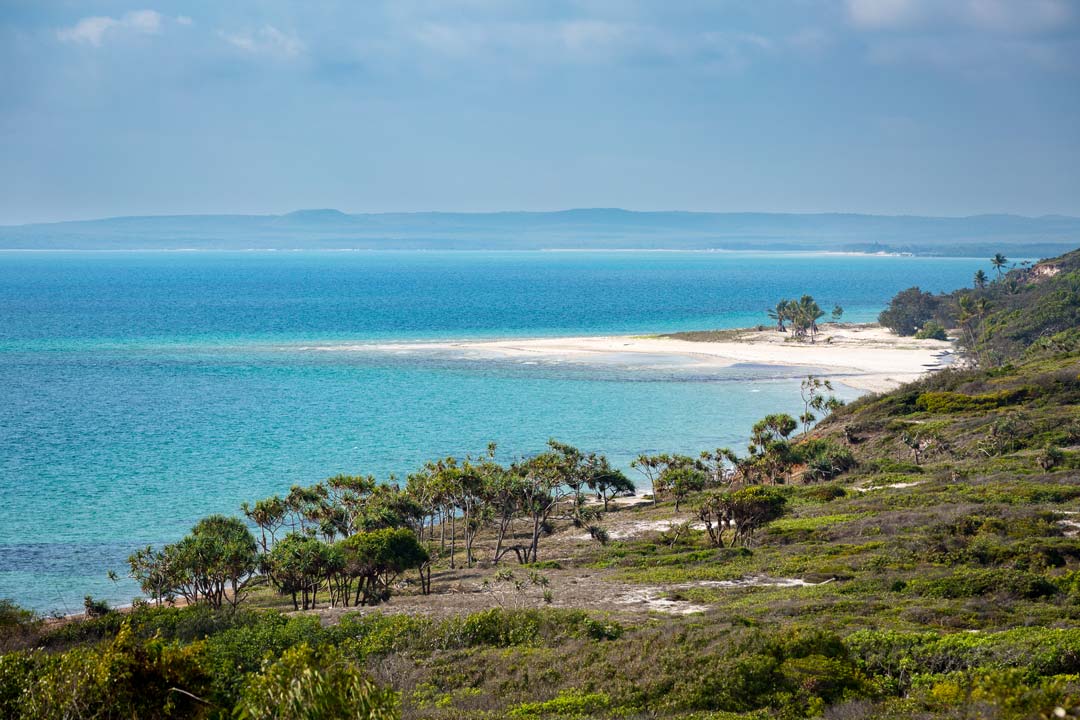 The turnoff to Ussher Point is not well marked off Bamaga Rd, but is 14km north of the Jardine River Ferry. The track is notoriously tight, with overhung and overgrown branches all the way out to the coast, guaranteed to relieve your vehicle of some of its paint. Many travellers journey out to Ussher Point on quad bikes to make the journey easier. At the end of the track there is access north to Ussher Point and south to Ussher Point South. It is possible to drive south down the beach, but only during the bottom of the tide, and there are numerous creek mouths to ford and mangroves right down to the mid-tide line, so beach driving is not recommended.

Most travellers camp quite close to the access track. A track runs north to Sadd Point and the Escape River mouth, but it is even worse than the track in to Ussher Point, and rarely travelled.

The beach run south to Captain Billy Landing is closed to travellers, as it is too treacherous.

Numerous wrecks line this wild coastline, including planes and boats, and some of the best beachcombing in Australia can be done here, as few travellers make it all the way out and this coastline is exposed to currents that bring garbage from around the world to land here. Without huge fishing pressure on this coastline, the fishing for barra, trevally, jewfish, mangrove jack and queenfish, along with mud crabs in the estuaries, can be amazing.

A series of bat caves with small carnivorous bats can be explored in the cliffs of Ussher Point.