Home / Iconic Destinations / While the off-road masses journey to reach the northernmost tip of Australia in Cape York, its westernmost cousin quietly amazes those who make the trip out to Steep Point in Western Australia.

Steep Point: The Most Westerly Point of the Australian Mainland

Words and images by David Priddis from Australia Overland, who is travelling around Australia to experience the country's greatest off-road destinations.

It would appear that more people know where the Little Creatures Brewery is than where Steep Point is. I found this surprising as a lot of people touring Australia I have spoken to have either been to “The Tip” of Cape York, or it’s on their wish list. So I naturally figured they would want to seek out the other extremities of the great island too.

So why is Steep Point so special? Well, its more than just the most Westerly point on mainland Australia, its a mini adventure in its own right. Long known to keen fisherman as a great fishing spot, Steep Point is the western entrance to Shark Bay, which is well-known as a breeding ground for sharks and other marine life. Once there, you can cast your bait and take it the magnificent view, and it’s not uncommon to see passing humpback whales breach and dolphins cruise by. However, half the fun is getting there.

Steep Point is 144km from the turn off with the main road to Denham. The first section is straight forward, following a wide graded track 75km to the Shark Bay Resources Salt Farm. Here it quickly reduces to a single sandy track with corrugations and soft sand in areas, meaning a 4x4 is essential (and preferably one with high ground clearance). Lowering tyre pressures is also essential to you making easy progress and helping to reduce damage to the track. A couple of sandy hill climbs also make it interesting, but reward you with great views across the coast as you follow the track northwest. The final stage is slow going over sharp rocky tracks to the all-important sign and photo opportunity (don't forget to sign your name in the visitors book for bragging). It’s also worth a little walk around the cliff tops to appreciate the massive Indian Ocean swells and power as they slam into the cliffs below. 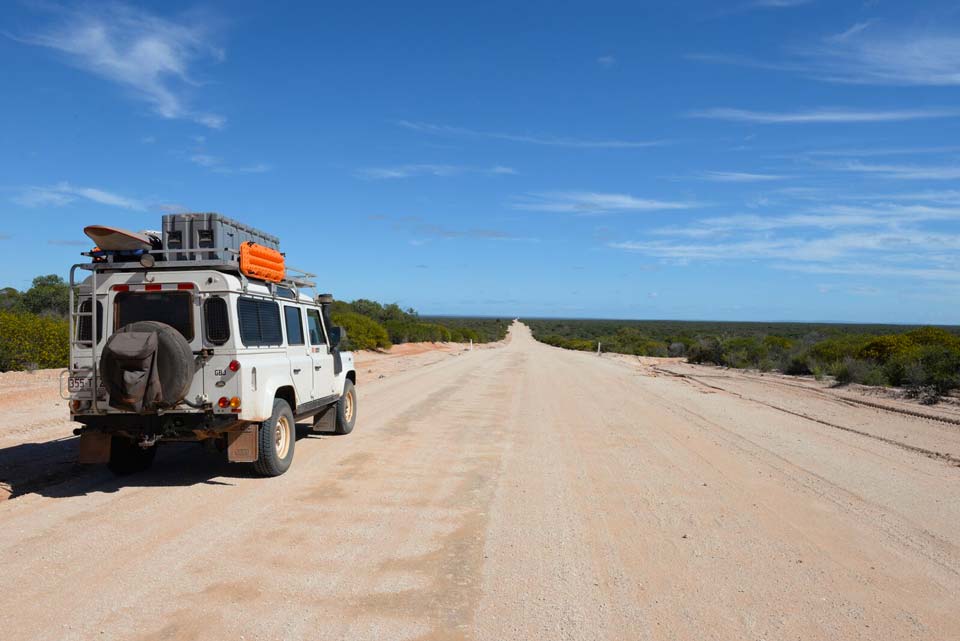 All along the route to the Point beyond the ranger’s station, there are various options to camp, from white sandy beaches to isolated areas amongst the cliffs tops. From the beaches you are able to launch boats, whilst the cliff top locations give easy casting into deep waters. Either way you can't fail with the views, especially at dawn and dusk when the colours in the sky are simply amazing.

The area Steep Point is situated in is not a one hit wonder though. On the main road in from the North West Coastal Highway you have Hamlin Pool, which is home to microscopic life forms called Stromatolites. These are credited with being the oldest living life forms on the planet and have thought to have been around for some 3.5 billion years. You might think that being microscopic you are not going to be able to see them. Whilst that is true, you can see the low rock stacks the collective colony build in the shallow waters. At the same location you also have an old telegraph station and quarry of compacted seashell blocks, which where used to build local buildings in the early days. 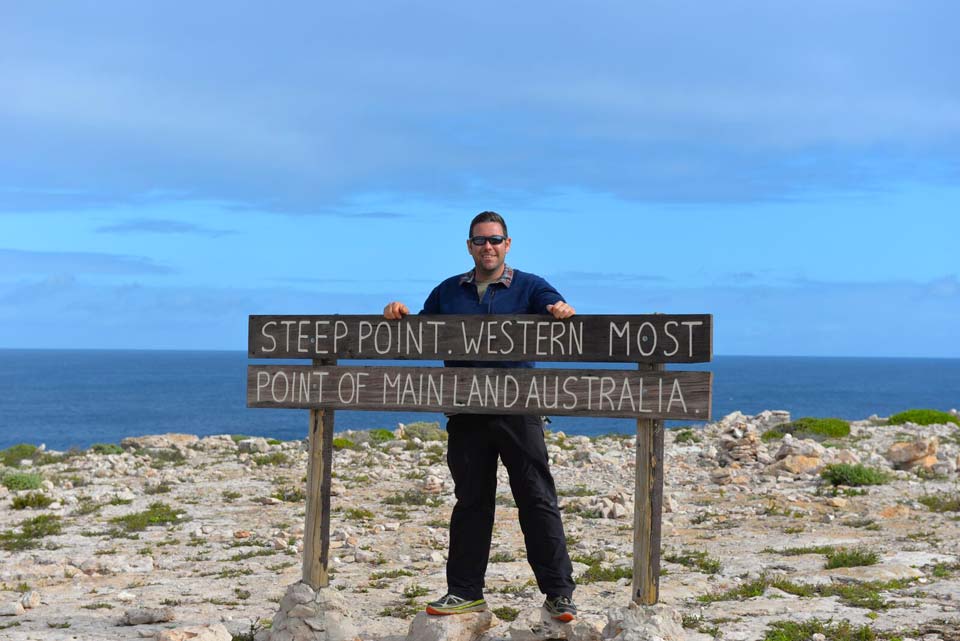 Further down the road is Shell Beach, with its wide sweeping bay filled with banks of billions of tiny clamshells contrasting bright white with the blue shallow sea. Following the main road further north to the small town of Denham, which has all the practicalities of food shops, fuel and caravan parks. It also has opportunities for local tours and fishing charters. Following the sealed round to the end brings you to Monkey Mia and the opportunity to see the local dolphins being fed by hand twice daily. However, be aware there is an entrance charge to the Monkey Mia resort area. Also on the way to Monkey Mia is the turn off into the Cape Peron National Park. The hour-long drive on deep sandy tracks is worth the effort for the well spaced camping areas and tropical beaches of Bottle Bay, where you can enjoy swimming, walking along the beach and fishing to your heart’s content - or just relax with a cold beer as you watch the sun melt into the ocean at the end of the day.

So if the draw of reaching the most Westerly point on mainland Australia is not enough, let the great camp sites, stunning views and great fishing make this area the top choice for your next 4x4 trip.

TRACK GRADING: High ground clearance 4x4 is only necessary to access Steep Point and Cape Peron. All other areas/sights mentioned can be accessed with 2WD vehicles.