This adventurous drive traverses sweeping beaches, thick jungle, open savannah and more through some of Cape York's wildest country, before ending in a remote bush camp on the Starcke River.

From Cooktown, the road out to Hope Vale Aboriginal community is a mix of dirt and tar, with a new bitumen section on the way to Eddie's Camp at Elim Beach. The track runs through white silica dunes, tropical savannah and mud flats. From the camp, if you don't mind pin-striping your vehicle, you can keep driving on a much rougher track crowded by vegetation, leading all the way out to the northern flank of Cape Bedford. In parts the sand track is extremely soft, so you'll need to run low pressures and have good sand driving technique, but the rewards are spectacular scenery and a sense of wild freedom once you reach the Cape.

Returning past Hope Vale and turning Battle Camp Rd toward Rinyirru (Lakefield) National Park, there is a turnoff to the north 8km later - Starcke-Wakooka Rd. Running north through Elderslie, Glenrock and Starcke stations, this track is in good condition, with causeways over the deeper creeks and a few rough dips.

Initially bucolic, the track runs through stands of rainforest and thick jungle as well, before it comes out again into a patch of plantation palms. Just before the Starcke homestead, a signposted track turns off to the east towards Morgan Landing. This track is a mix of dirt and later, sand, with creek crossings - one, even late in the season, at bonnet height. White silica sand dunes build up until you drop down onto the beach through extremely soft sand at Morgans Landing (you'll need a good run-up coming out). To the south is the Morgan River mouth, to the north is the beach run up to Cape Flattery, which should not be attempted near high tide. 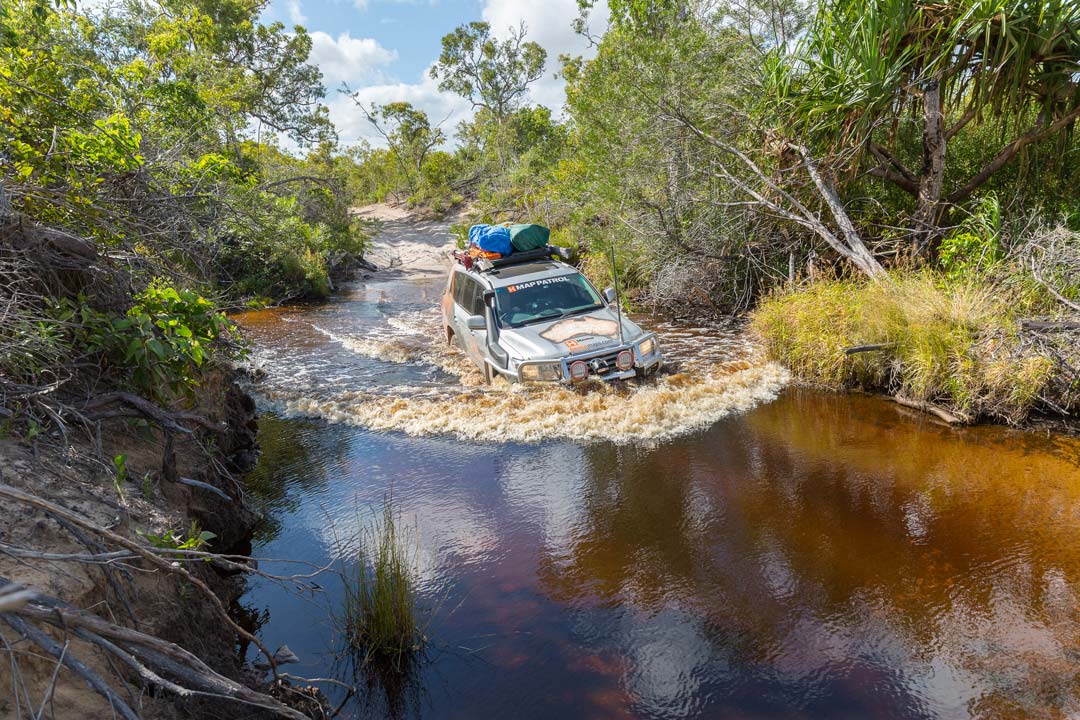 Return back to the Starcke Homestead, via the route in, to head north. This country is alternately open tropical savannah and tea tree woodlands. A track runs north to the coast about 3km before the Starcke River crossing out to the mouth of the river. A boat ramp and good flat camping area are here.

From here you can keep going north towards Cape Melville or return straight down the Starcke-Wakooka Rd and retrace your steps back to Cooktown.

Thiithaarr-warra elder, Eddie Deemal’s camp at Elim Beach is a great north-facing beach camp on Cape Bedford. With views out over the Cape and paperbark trees right up to the high tide mark, this is a good place to explore this part of the coast. There are large shade trees, and all amenities, including flush toilets and showers. The coloured sands here are spectacular – similar to those found further south at Rainbow Beach but more colourful – and the fishing can be legendary.

On the Battle Camp Road, the delightful Isabella Falls is worth a stop. At the McIvor River, near Morgans Landing, there's good fishing and the river can produce barra, mangrove jack, tarpon, golden snapper and more. 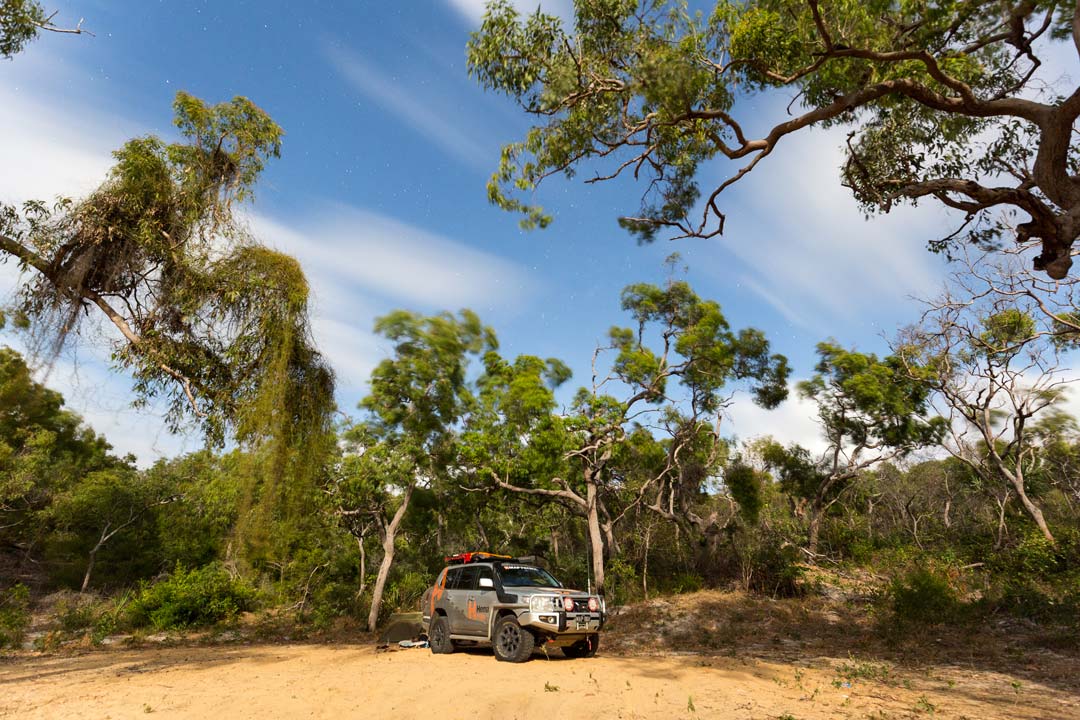 Primarily a pastoral area, the Lutheran Church set up a mission on Elim Beach in 1886. After being evacuated during WWII, the mission was reestablished in 1949.

The Hope Vale Aboriginal community was established in 1986, the first Aboriginal community in Queensland to receive a Deed of Grant in Trust, effectively handing the land back to the original owners. It was this legislation that later became famous as the subject of the Mabo cases before the High Court of Australia.

The Starcke River Goldfield enjoyed a brief rush from around 1890, but nothing remains of the small township now. Around 4000 ounces of gold were found in the area, mainly by Chinese prospectors.

Cape Flattery was named by James Cook, and until rich mineral sands were discovered there in the late 1960s it remained an untouched part of Australia. Since 1967 Mitsubishi has been mining the rich silica sands, which are the purest in the world – about 98.9% pure. They produce 1.6 to 2.2 million tonnes a year. There’s an estimated resource of over 200 million tonnes of silica sand.

The mine site covers an area of approximately 63km², producing silica sand for the glass, foundry and chemical industries. The company has around 90 employees, over half of whom are from Hope Vale. The mine itself is about 7km from the loading jetty at the headland, and sand is transported as a slurry through a pipe then onto a conveyor belt for the last one kilometre to a waiting ship. A ship is generally loading all the time.

Cape Flattery is part of the traditional area of the Guugu Yimithirr Aboriginal people and much of the original lease has been handed back. Once on the beach at Morgans Landing it's another 20km north to where you have to turn off, just before the headland to Cape Flattery. A number of small creeks flood out across the beach south of the headland so take care! At low tide it is a relatively easy run. Once off the beach south of the loading jetty you enter the mining area, so it’s imperative you stay on the signposted track which crosses the conveyor line and runs beside it for a short distance before veering off and crossing the headland. It’s less than 5km to the beach and the camping area. Small tinnies can be launched off the beach near the loading jetty, or in the protected waters on the western side of the Cape. Fishing off the rocks can result in catches of trevally, queenfish, cod and coral trout. Off the beaches flathead, threadfin salmon and whiting are on offer.

The best campsites are located on the protected northwest side of the Cape on Connie Beach. Contact the traditional owner for permission - Ph 0458 554 951.

There are no facilities at Cape Flattery and the mine office is only to be accessed in an emergency.