Shark Bay is one of the most stunning and ecologically diverse sections of coastline on Earth, its remoteness and scenic beauty making it one of Western Australia’s most revered off-road destinations.

Shark Bay is an area on the coast of Western Australia that is positively brimming with life, from dolphins to dugongs. The name might be somewhat daunting, but this underwater metropolis dances with vibrant seagrass and welcomes travellers to experience a very unique adventure, both by land and sea.

Shark Bay is 2,200,902 hectares of land and sea that has been declared a World Heritage Site. UNESCO describes the area as “exceptional”, boasting stromatolites (or microbial mat colonies) that have turned it into one of the most popular sites for ocean lovers the world over. Not only is the area home to the dugong (and a large population at that), but it is also a refuge for many other threatened species. One of the aspects that make Shark Bay such as appealing destination for 4WDers is the fact that it offers so much, both by land and sea. The shoreline is shaped in the form of a “W”, with the Dirk Hartog Island and Edel land peninsula on the west, the eastern coastal strip on the right and the Peron Peninsula at its centre.

Each area of the region is defined by something unique. The Edel Land, for example, is littered with linestone and white, sandy dunes. On its western edges, Shark Bay takes on a more dramatic feel, with cliffs that drop off into the ocean. The eastern edges of the bay, on the other hand, offer sandy bays, as well as rocky islands. In its centre, the Peron Peninsula boasts plains and red sand hills, as well as birridas or salty gypsum hollows. The depth of the water around Shark Bay is only about 9 meters and covered in channels and meadows of seagrass. 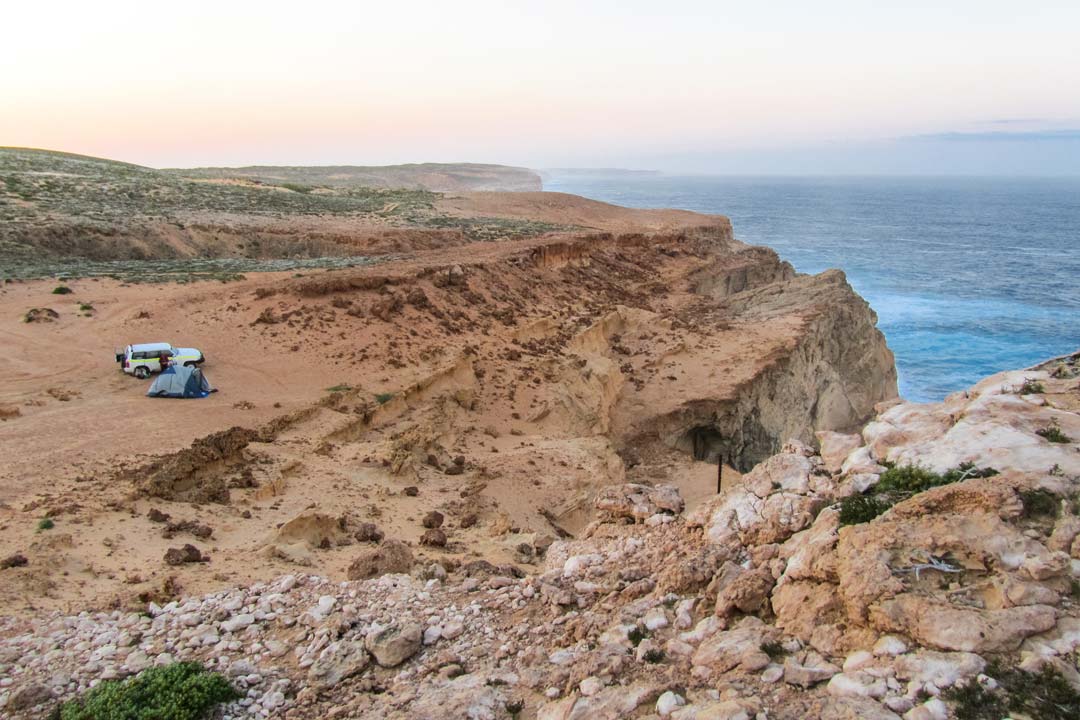 The best time to visit Shark Bay is during the months of June to September when the weather is cooler. During the summer months, temperatures can rise to above 40 degrees Celsius. You can experience some of the bay’s most spectacular natural attractions along a number of short walks. Longer walking trails are not provided due to the warm climate and lack of fresh water.

Those who enjoy exploring by land have a variety of trails that they can choose from when visiting Shark Bay. Firstly, the Wanamalu Trail is a 3 km return journey from Skipjack Point to Cape Peron. This is a moderate walk across soft sands and offers exceptional views from cliff tops of the marine life below.

The Wulyibidi Yaninyina trail, on the other hand, is a 3 km looped trail that will guide travellers along changing landscapes, through red sand dunes and down the coast. Those interested in viewing the stromatolites for which the area is well known can do so on the Boolagoorda trail, which extends 750 meters each way and takes just under an hour to complete. 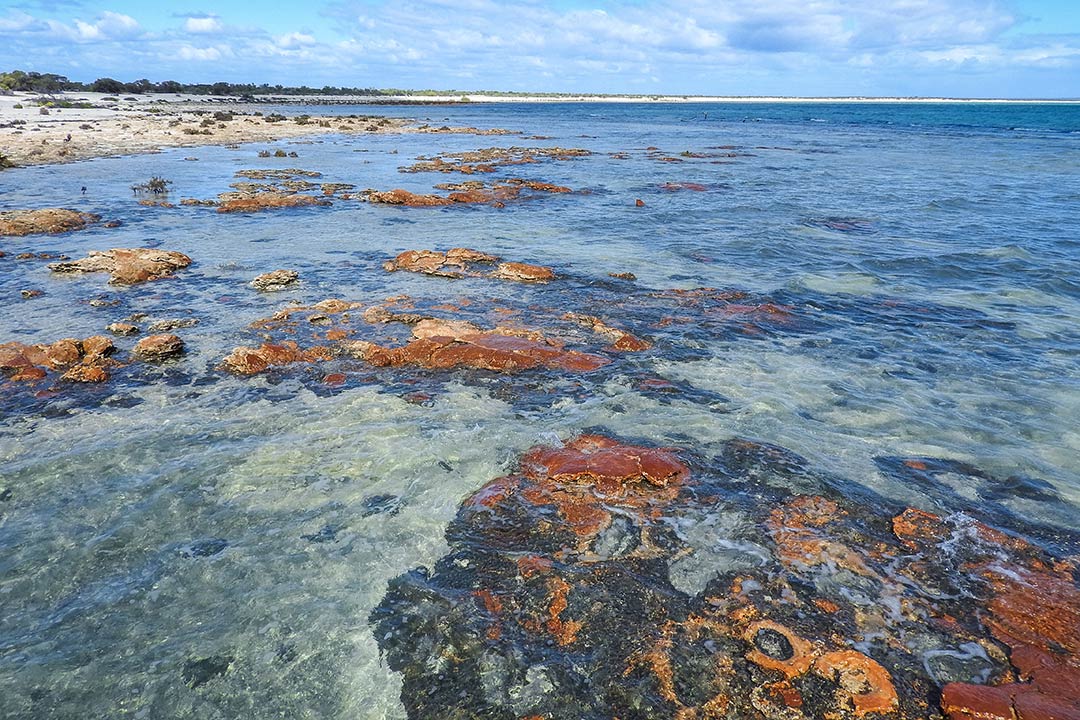 Monkey Mia is a must-visit for any traveller to Shark Bay because it offers an intimate experience of the local wildlife, including the Indo-Pacific bottlenose dolphins that visit the shores each year. Those walking the Monkey Mia trail will also want to look out for dugongs, turtles, rays and the vast array of bird species that call the area home.

Skipjack Point offers visitors views of the clear waters from no less than two lookout points. From these angles, visitors can catch glimpses of sharks, turtles, rays and entire schools of fish down below. 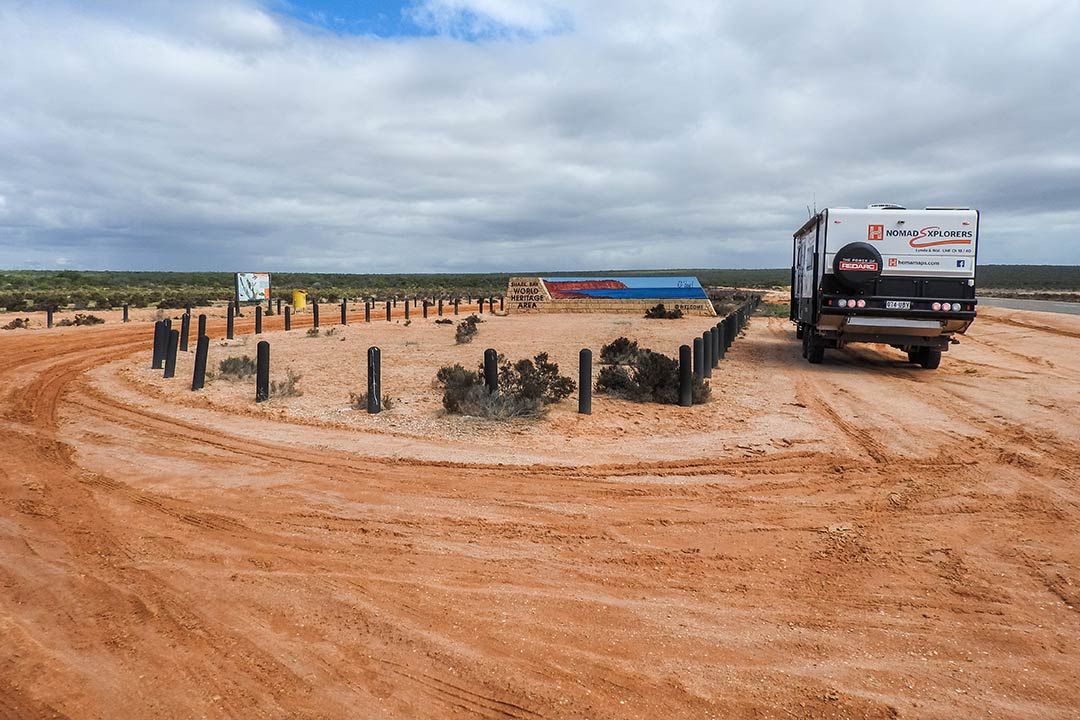 When visiting the area, travellers will have an array of accommodation options to pick from, including the Hamelin Pool Caravan Park, which offers self-contained accommodations, the eco lodge on Dirk Hartog Island and the Shark Bay Caravan Park.

With so much to experience at Shark Bay, it might be difficult to choose which area to visit first. No matter where you choose to venture, one thing is for sure – Shark Bay will not be easily forgotten.