Innamincka and its surrounds are a historically and ecologically significant Outback region with plenty of opportunities for adventure.

This small town is well known within Australia for the unfortunate expedition of Burke and Wills. Surrounding Innamincka are the Tirari, Strzelecki and Sturt Stony Deserts, as well as a plethora of billabongs and waterways of the Coongie Lakes.

It was on their travels from Melbourne to the Gulf of Carpentaria that Burke and Wills passed through Innamincka and met with an unfortunate end on the return leg through the area. The Alfred Howitt party found the remains of the two explorers when they passed through the area and buried the men nearby the town. When he returned to the area in 1862, Howitt then formed the depot camp and exhumed the bodies of the explorers, later burying them in Melbourne. Those interested in the history of Australia itself have the chance to visit the graves of Wills and Burke.

When it comes to the town itself, Innamincka boasts everything that a traveller might expect from a small town, including camp sites, a homestay, a hotel (the iconic Innamincka Hotel) and refuelling facilities, making it an important stop for anyone exploring the surrounding areas. It is once visitors venture into the surroundings of Innamincka that things get interesting because it is here that the small town turns into wilderness and this calls to adventurers to explore the thrills that the wild Australian terrain has to offer. 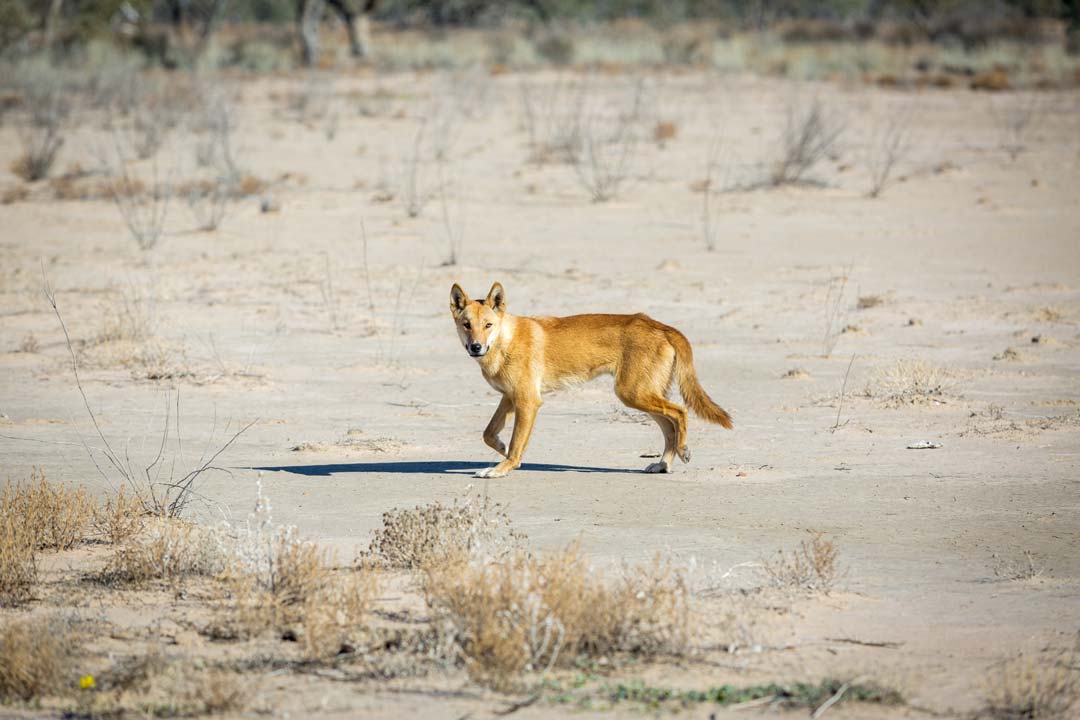 The town links to Adventure Way through Queensland’s Channel Country, south to the Strzelecki Desert and northwest to Malkumba-Coongie Lakes National Park.

The Innamincka Regional Reserve covers more than 1.3 million hectares and changes from wetlands to arid outback in a matter of kilometres, making it a unique destination for 4WD enthusiasts. Within this area, adventurers will find waterholes that allow them to rest, shaded by the gums and boasting great fishing opportunities.

The Callyamurra Waterhole is situated about 14 km from the town and has formed an oasis for birdlife, inviting visitors to get up close and personal with some of the most beautiful, winged creatures in the outback. River gums line the waterhole and it is also here where visitors can view the abstract art of the Yawarawarka Aborigines.

This marker is a stark reminder of the dangers faced by explorers Burke and Wills that ultimately overcame the travellers and ended in their demise. On a coolibah tree, the word “dig” was carved by a team who would abandon the travellers only 7 hours before they arrived from their expedition – a decision that led to their deaths. The Coongie Lakes are located about 100 km to the north of the town and are a fundamental source of water for the surrounding areas. It is here that travellers will find an oasis teeming with wildlife, including catfish, yellow belly and bream. The multiple lakes within the national park are home to a wide array of both marine and bird life - a sight that’s out of step with the red dunes of the Strzelecki Desert surrounding them. 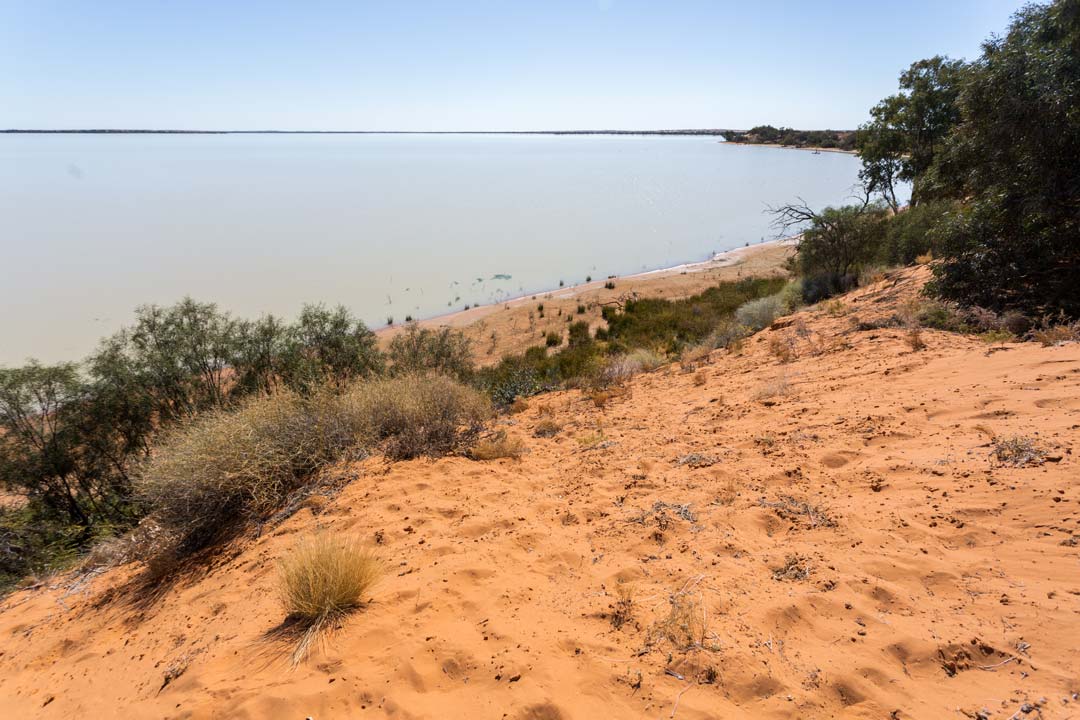 Those looking to camp in the area will find camping grounds close to the Town Common, Ski Beach and Policemans. All of the campsites have toilets available. Those camping in the Malkumba-Coongie Lakes National Park will find these facilities at the first campsite you encounter near Cooper Creek, while the remaining sites around Coongie Lake have no facilities. 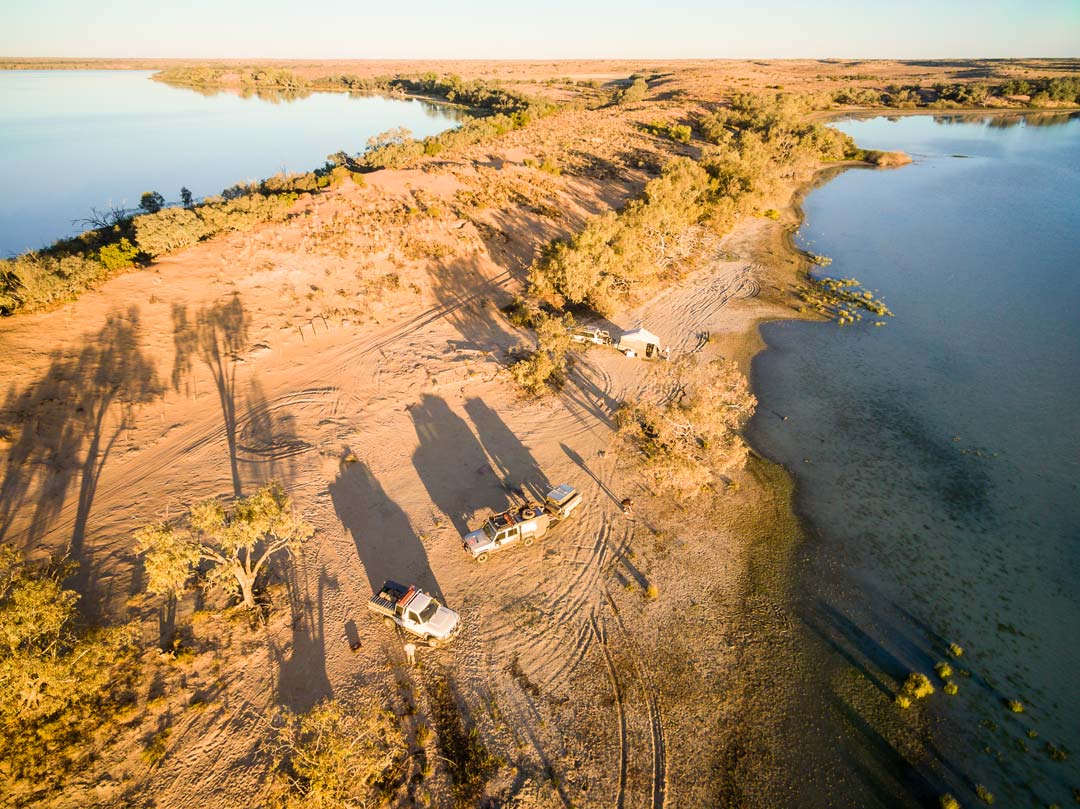 Travellers and adventurers will walk in the footsteps of some of the world’s most famous explorers when they venture through Innamincka and its surrounds. Regardless of whether visitors have journeyed to the area for its historic significance or whether they are looking to test their 4WD skills on the arid landscape of the outback, the region has something to offer just about everyone.

Explore around Innamincka with maps & navigation:

Free camping is not only budget-friendly, it also helps you get closer to nature and enjoy your surroundings.  The Flinders...
Read More

After our wet and wild days in the Southern Flinders we were pleased to find some blue sky peeking through...
Read More

Beginner's Guide to the Oodnadatta Track

Is your setup ready to go offroad? Find out on the Oodnadatta Track and enjoy some historic scenery at the...
Read More

The rugged beauty of the Flinders Ranges is packed full of hidden escapes, here are our top seven.ARKAROOLA (Image Credit:...
Read More

Lake Eyre from Above

Will a bucket list flight over Lake Eyre in flood be everything that photographer Matt Williams hopes it will be?...
Read More