Home / Iconic Destinations / Cape York is a mineral-rich region that has been popular among prospectors since 19th-century gold rushes within the area. Read more.

Cape York is a mineral-rich region that has been popular among prospectors since 19th-century gold rushes within the area. There are two designated fossicking areas – O’Briens Creek near Mount Surprise, and Mt Gibson near Innot Hot Springs, both off the Savannah Way. Here, alluvial and colluvial deposits contain gem-quality topaz, most of it colourless. Water is generally scarce, so the main recovery method is dry sieving – 6mm and 9mm meshes are recommended.

Camping is not permitted at either of the diggings. However, there’s a basic camping area near O’Briens Creek on the road from Mount Surprise, and a caravan park at Innot Hot Springs. During the dry season both gem fields are normally accessible to conventional vehicles with good ground clearance. There are also a few old gold-mining areas such as the Palmer River and Hodgkinson goldfields where you can fossick on private land provided you have a Fossicking Licence and the landowner’s written permission to fossick on their property.

Anyone fossicking for minerals and gems needs a Fossicking Licence. These can be purchased from North Queensland Miners Den (07 4051 4413; www.nqminersden.com) at 65 Anderson St in Cairns. Fossicking Licences are also available from businesses in Mount Surprise, Forsayth, Croydon, Georgetown and Mareeba.

The Department of Natural Resources & Mines website, www.qld.gov.au/recreation/activities/fossicking/, has fact sheets on the fossicking areas. You can download a Fossicking Licence Application Form from their website or call in to their district offices in Mareeba (28 Peters St, 07 4048 4785) and Georgetown (High St, 07 4062 1204).

When the Irish explorer James Venture Mulligan rode into Georgetown one day in September 1873 and put 102 ounces of nuggets from the Palmer River on public display, he sparked one of the wildest gold rushes Australia has ever seen.

At that time, Georgetown, on the Etheridge Goldfield 300km southwest of present-day Cairns, was the closest White settlement to the Palmer River. Being late in the Dry, water and game were scarce, and over 300km of harsh, trackless bush separated the two. Yet within days of Mulligan’s find being made public, hundreds of men had left Georgetown and were following his blazed trail north to the Palmer.

By the end of October there were 600 diggers on the Palmer. The lack of rations had forced many to leave, but most of those who stayed on were doing well – some were getting up to five ounces a day, and 10-20 ounces per week was fairly common. Nuggets weighing up to 25 ounces had been found.

Not surprisingly, the local Aborigines resented this invasion of their land and the fouling of their water holes. They put up a stiff resistance and soon the diggers were finding it unwise to travel in groups of less than five. Eventually dozens of Whites and hundreds of Chinese were killed and whole tribes of Blacks were slaughtered in the name of Palmer River gold.

The first wet season brought disaster to the 500 diggers who had delayed their departure too long. Trapped by flood waters many of them were reduced to eating boiled grass. Dysentery was widespread and soon the track to the new port of Cooktown was lined with graves. In Cooktown itself, over 2000 men sat around waiting impatiently for the rains to end. Many spent all their money in the brothels and pubs before they’d even set foot on the goldfields track. 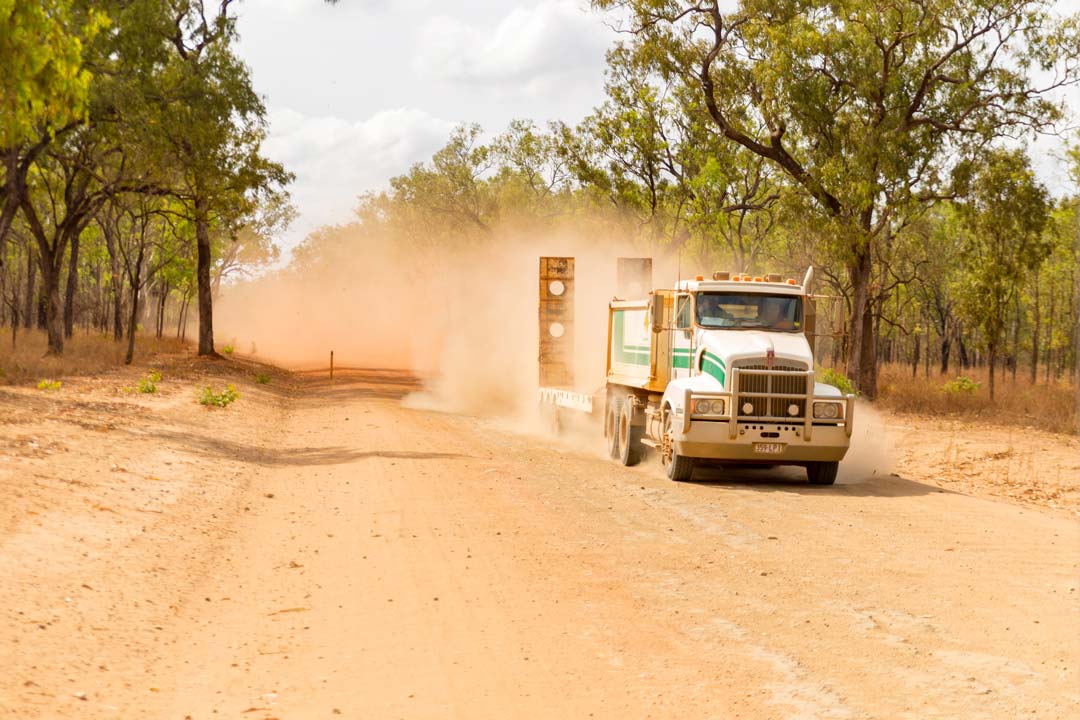 Teamsters travelling to the Palmer from Cooktown had to take their wagons on a circuitous route of 270km across rough and difficult country. Still, it was worth their while as the going rate for cartage of a ton of goods was the equivalent of 40 ounces of gold. While the risks were great so were the profits, and wagons and draught animals changed hands for fabulous sums. The packhorse route was significantly shorter, but its narrow defiles were perfect spots for an ambush. Many travellers, particularly the poorly armed Chinese, lost their lives to Aboriginal attacks on this track.

The peak year on the Palmer was 1875, with a recorded production of 250 400 ounces of gold. In its first four years it produced a recorded 40 tons of alluvial gold. Possibly as much again was smuggled out by the Chinese, who began to arrive in force in late 1874. Eventually their numbers peaked at 18 000 out of a total population of 24 000.

By 1880 the payable alluvial deposits had been worked out and a decade later the reef mines around Maytown, the principal settlement, were almost finished. Today nothing remains at Maytown apart from some paved street guttering, scattered rubbish and the replica of a typical miner’s hut. It’s hard to believe that in its heyday this was a 13-hotel town with a population of 10 000. Scattered through the surrounding hills are old reef mines whose steam-powered machinery, so laboriously transported in from Cooktown, is still largely intact. They make fascinating memorials to a colourful past.

The Palmer River Resources Reserve, which includes many historic relics such as the Maytown site, is managed by QPWS rangers based in Chillagoe (07 4094 7163). Staff at the Palmer River Roadhouse can provide the latest information on access from the Mulligan Highway. Fossicking for gold is not permitted, and neither is the removal of historic artifacts.