Home / Iconic Destinations / As with any remote region, Cape York requires proper safety requirements and prior knowledge to know what to expect while travelling. Read more.

The most dangerous hazards are saltwater crocodiles, marine stingers and venomous snakes, but you can avoid their unwelcome attentions by staying out of their habitat. 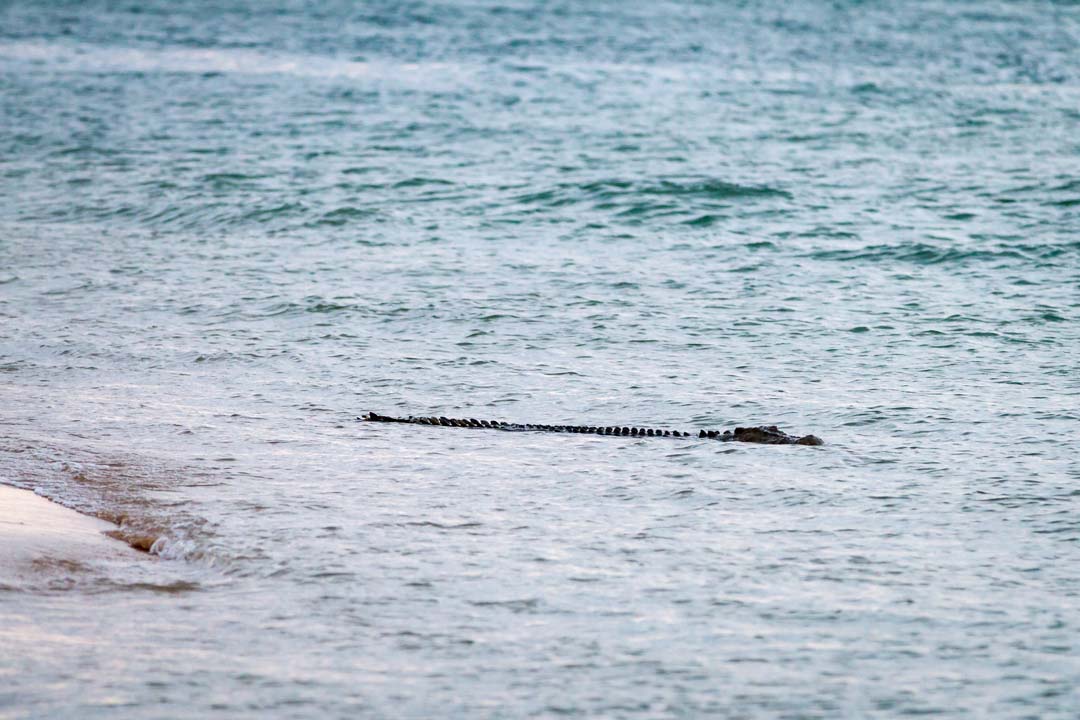 Estuarine or saltwater crocodiles are common and widespread inhabitants of coastal waters and wetlands throughout Cape York Peninsula. Although they live mainly in saltwater habitats, they can be found in fresh water hundreds of kilometres from the tidal limit. Saltwater crocodiles are most active at night, particularly during their breeding season – September to April.

In the eyes of a large ‘saltie’ a human being is prey. There have been a number of attacks in recent years, several of them fatal. For the safety of themselves and others visitors are asked to observe the following common sense guidelines:

The coastal waters of Cape York Peninsula are at their most inviting during the period from early October to late April, when the weather is hot and muggy. However, only fools and tourists enter the water at this time of year without wearing full body protection against potentially deadly box jellyfish (a.k.a. stingers). There are two dangerous species of box jellyfish in these waters – chironex box jellyfish (Chironex fleckeri) and irukandji (Carukia barnesi). Both are transparent, hence virtually invisible. You won’t know they’re there until you feel the pain that indicates you’ve made contact with the stinging cells in their tentacles. Both are most common in the warmer months.

Chironex is by far the largest and most common of the two. It has a body about the size of a dinner-plate from which hang as many as 50 venom-charged tentacles up to 3m long. The pain of their sting is immediate and incapacitating and attempting to wipe off any tentacles remaining on the skin will only make matters worse. Severe stings may cause the victim’s breathing to cease or their heart to stop.

The tiny (to 20mm) irukandji is most common in the warmer months, but occur year-round on reefs, off mainland beaches and around islands. The pain of its sting is only minor at first, but after 20-40 minutes comes agonising muscular pain, headache, vomiting and sweating. The venom can cause the victim’s blood pressure to rise to a potentially fatal level.

With snakes, be observant when you’re walking in the bush, and wear boots and long trousers. Make enough noise and they’ll usually slither away before you get too close. Know the approved first-aid treatment for snake bite.

Blood-sucking insects such as mosquitoes, march flies and sand flies can be particularly troublesome in some places, such as in or near mangrove forests. In fact, they may literally ruin your day if you’ve forgotten to pack the repellent and aren’t wearing sensible clothing (i.e. light- coloured, loose-fitting and with maximum skin coverage).