Home / Trip Essentials / Steeped in history and utilised by countless travellers, Australia’s Outback pubs are some of the most iconic buildings in the country’s arid centre. Read more.

In a place as vast and as sparsely populated as the Australian Outback, meeting places take on an extra layer of significance. Steeped in history and utilised by countless travellers, Australia’s Outback pubs are some of the most iconic buildings in the country’s arid centre.

The most recognisable sight in Oodnadatta (and possibly along the titular Oodnadatta Track) is the Pink Roadhouse, a bright beacon for dusty travellers heading through Outback South Australia. Within reach of the Simpson Desert, Lake Eyre, the Painted Desert, the Flinders Ranges and the Red Centre further north, the Pink Roadhouse is a touchpoint for travellers heading to the deepest corners of Australia, who invariably return to share their stories and adventures launched from these pastel walls. Many outback pubs are on the way to somewhere more significant, but the Birdsville Hotel has managed to define itself as an off-road destination in its own right. Cosied up to the eastern edge of the Simpson Desert, Birdsville and its famous pub are a final taste of civilisation before a lengthy sortie west, or a welcome sight for those arriving from the opposite direction.

The pub’s distinctive architecture, welcome faces and interior – which features remnants from countless journeys - enhance its atmosphere and attracts visitors; regardless of how many people pass through its doors though, the Birdsville Hotel’s unique Outback charm remains intact. 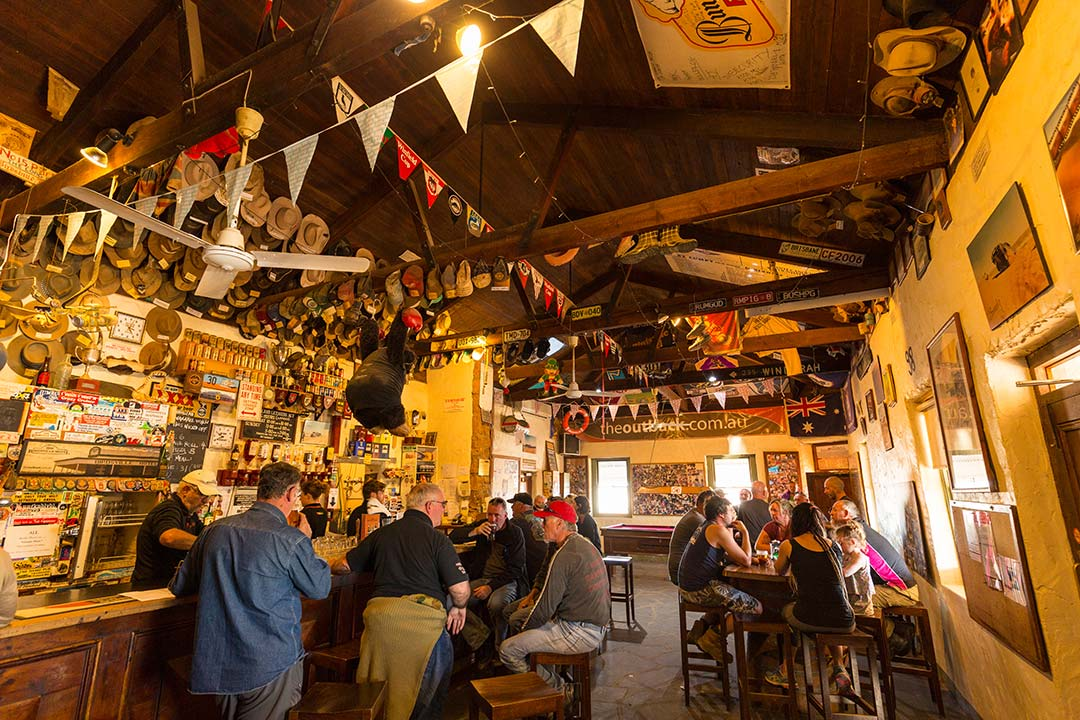 Appearing out of nowhere, the Prairie Hotel is a man-made mainstay within a timeless part of Outback South Australia. First licensed in 1876, Parachilna’s local watering hole is a link between the Flinders Ranges and more remote parts of Central Australia, and is famous for its cuisine: emu fillet mignon, camel sausage and kangaroo steak just to name its more exotic choices. Located 600km south of Darwin and 900km north of Alice Springs, the Daly Waters Pub has been an Outback institution since it opened around 1930. Travellers heading across the Top End’s Savannah Way or through Central Australia find themselves drawn to this remote meeting place, whose interior is adorned with countless pieces of memorabilia: bank notes from all over the globe, footwear, bras and a litany of other items. On the north-east edge of the Strzelecki Desert is Innamincka, a small township best known for its iconic pub. The Innamincka Hotel’s location makes it a famed stopover for Outback travellers, the paths leading from it heading south to the Strzelecki Track and beyond, east into Queensland’s Channel Country, or north-west to Malkumba-Coongie Lakes National Park.

The township sits near the banks of Cooper Creek, and is intertwined with the ill-fated expedition of explorers Burke and Wills, who aimed to chart a direct course from Melbourne to the Gulf of Carpentaria in 1860. Evidence of the journey is nearby at the Dig Tree, a significant location in the story of how Burke and Wills lost their lives on the return leg from the Gulf. 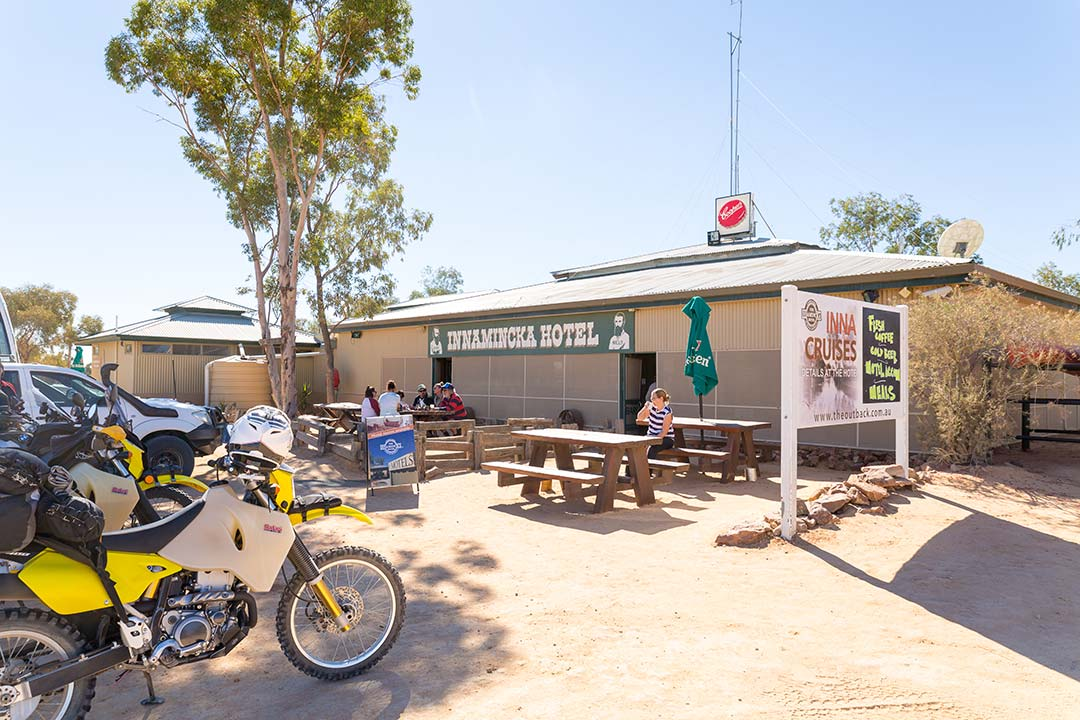