Splitting east off the Old Telegraph Track north of Batavia Downs is one of the Cape's most testing tracks, featuring water crossings, technical driving and sand tracks: Frenchmans Track.

If you are heading north up the Cape, it makes sense to tie in a run with a trip out to Chili Beach in Kutini Payamu (Iron Range) NP or the Lockhart River community. The eastern end of Frenchmans Track shoots north off the Lockhart River Rd 69km from Peninsula Developmental Rd (The Lockhart River community is a 38km detour further east if you need supplies). For the first 6km or so, you travel through white sandy heathland, the track badly corrugated and punctuated by grey termite mounds, with views out over the western remnants of the Iron Range. 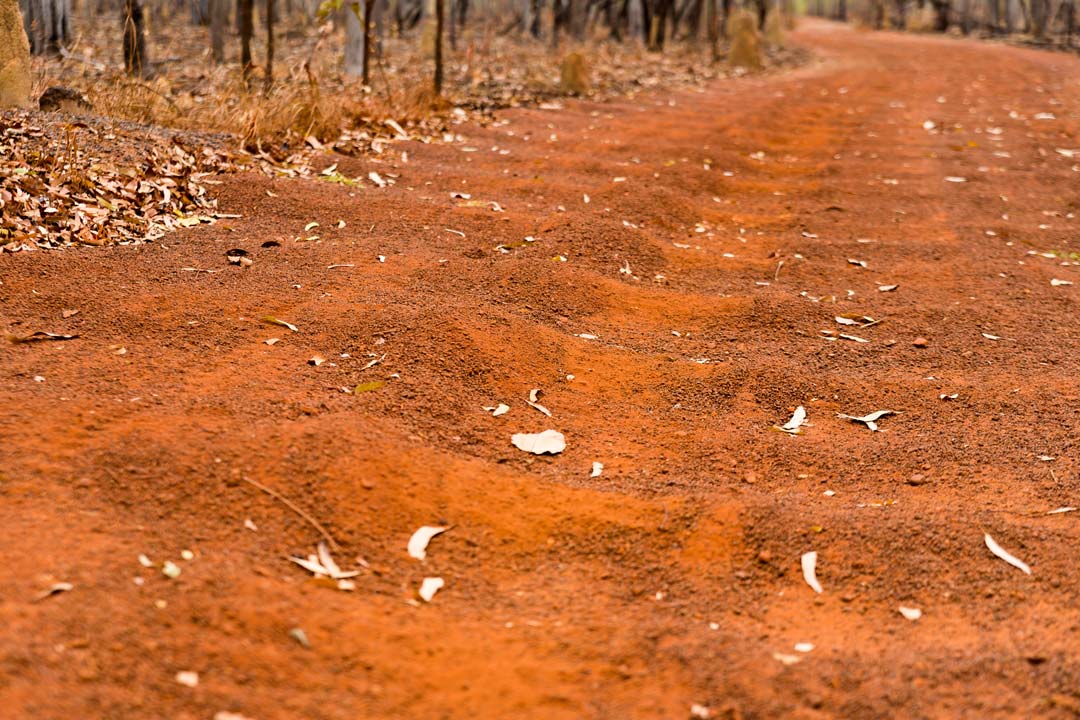 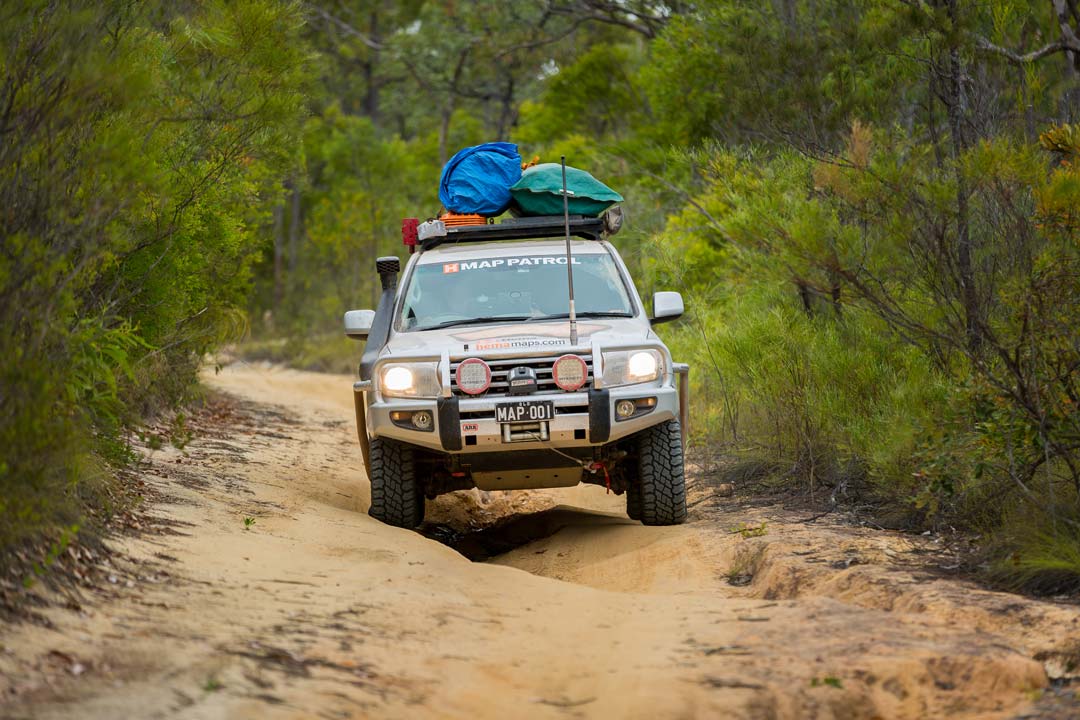 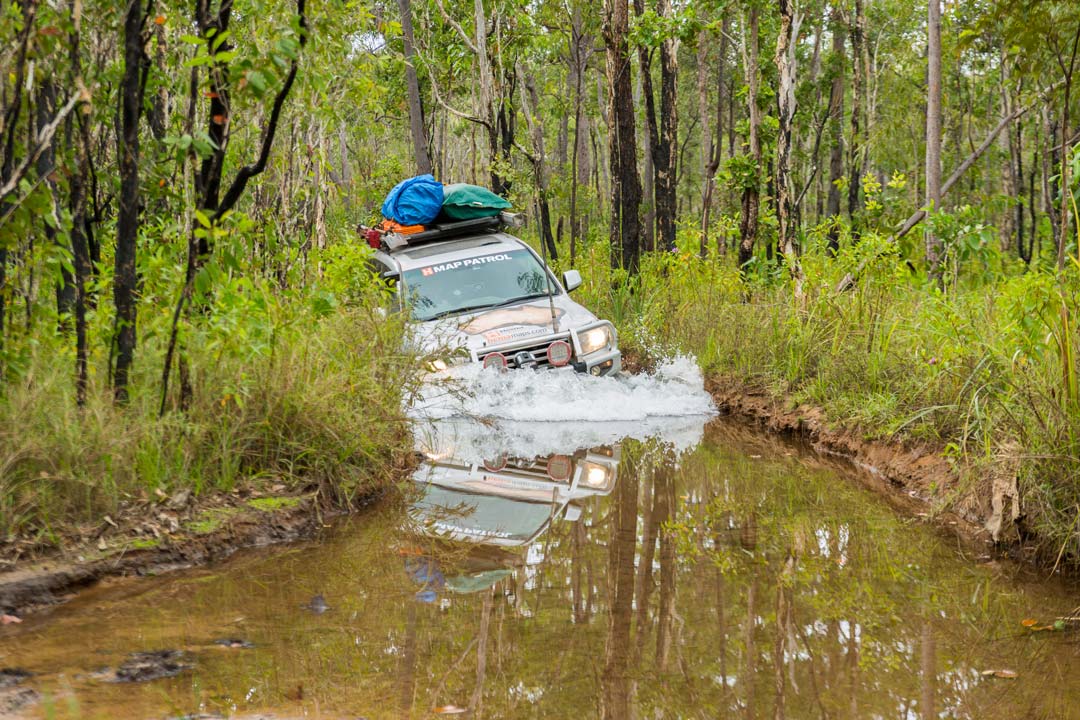 Soon the track descends into rainforest and you come to the first real obstacle: the Pascoe River crossing. Deep and rocky with a strong current, the exit on the western bank is a steep, bare rock ascent that can do damage to tyres and running gear if you aren’t careful. The Pascoe crossing requires a careful walking inspection to judge depth and locate transfer case-smashing stones.

The track runs through fairly steep undulating rainforest country in a nearly straight line until you reach the Wenlock River. This ford is easier, with nice bush camping on the eastern bank. The climb back up from the Wenlock is steep and slippery.

The last dozen kilometres to the Telegraph Rd ranges from washed out clay and corrugated sand to wet muddy sections. The western end of the track comes out 22km south of Moreton Telegraph Station. 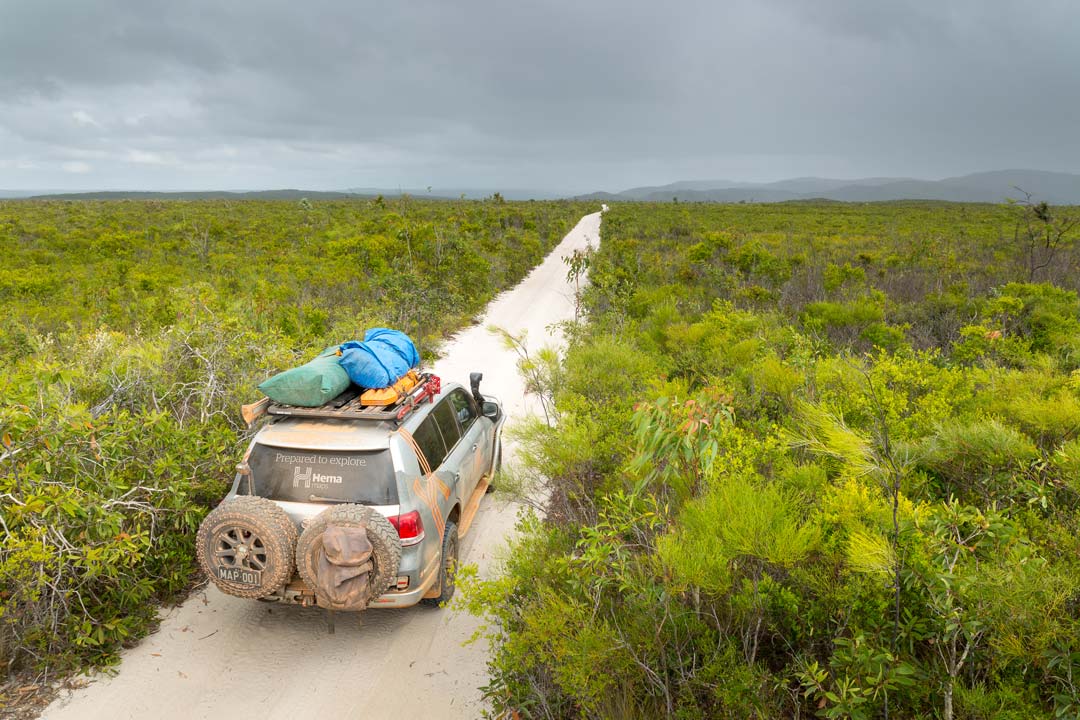 The track can be done in one day easily if you start early, but an camp in the area should be planned if travelling to the track from a distance.

If you have the time it is worth taking the trip out to explore Kutini Payamu National Park.

Frenchmans Track was probably built by an enterprising gold miner looking for an alternate route to the Iron Range goldfields. The goldfields were discovered by John ‘Jack’ Gordon in 1934, leading eventually to the construction of the Portland Roads jetty.